About 300 men working for a Kremlin-linked Russian private military firm were either killed or injured in Syria last week, according to three sources familiar with the matter.

A Russian military doctor said around 100 had been killed, and a source who knows several of the fighters said the death toll was in excess of 80 men.

The timing of the casualties coincided with a battle on February 7 near the Syrian city of Deir al-Zor where, according to US officials and associates of the fighters involved, US-led coalition forces attacked forces aligned with Moscow’s ally, Syrian President Bashar al-Assad.

Russian officials said five citizens may have been killed but they had no relation to Russia’s armed forces.

The clashes show Moscow is more deeply involved in Syria militarily than it has said, and risks being drawn into direct confrontation with the United States in Syria.

The casualties are the highest that Russia has suffered in a single battle since fierce clashes in Ukraine in 2014 claimed more than 100 fighters’ lives. Moscow denies sending soldiers and volunteers to Ukraine and has never confirmed that figure.

The wounded, who have been medically evacuated from Syria in the past few days, have been sent to four Russian military hospitals, according to five sources familiar with the matter.

The military doctor, who works in a Moscow military hospital and was directly involved in the treatment of wounded men evacuated from Syria, said that as of Saturday evening there were more than 50 such patients in his hospital, of which around 30 percent were seriously wounded.

The doctor, who spoke on condition of anonymity because he is not allowed to disclose information about casualties, said at least three planeloads of injured fighters were flown to Moscow between last Friday and Monday morning.

He said they were flown back on specially equipped military cargo planes which can each accommodate two or three intensive care cases and several dozen less severely wounded patients.

Maria Zakharova, a spokeswoman for the Russian foreign ministry, said initial information was that five Russian citizens in the area of the battle may have been killed, but they were not Russian troops. She said reports of tens or hundreds of Russian casualties were disinformation inspired by Russia’s opponents.

The Russian defense ministry did not respond to Reuters questions about casualties in Syria. A Kremlin spokesman, asked about Russian casualties on Thursday, said he had nothing to add to previous statements. The Kremlin said earlier this week it had no information on any casualties.

Reuters was unable to make direct contact with the contractors’ employers, the Wagner group, whose fallen fighters have in the past received medals from the Kremlin.

The military doctor said that a fellow doctor who flew to Syria on one of the recent medevac flights told him that around 100 people in the Russian force had been killed as of the end of last week, and 200 injured.

The doctor who spoke to Reuters said most of the casualties were Russian private military contractors.

Yevgeny Shabayev, leader of a local chapter of a paramilitary Cossack organization who has ties to Russian military contractors, said he had visited acquaintances injured in Syria at the defense ministry’s Central Hospital in Khimki, on the outskirts of Moscow, on Wednesday.

Shabayev said the ward he visited contained eight patients, all evacuated from Syria in the past few days, and there were more in other wards in the hospital.

“If you understand anything about military action and combat injuries then you can imagine what’s going on there. That’s to say, constant screams, shouts,” Shabayev told Reuters. “It’s a tough scene.”

A source with ties to the Wagner organization, and who has spoken to people who took part in the February 7 clashes, told Reuters his contacts told him more than 80 Russian contractors were killed.

The source, who spoke on condition of anonymity, said the total of about 300 killed or injured was broadly correct.

He said many of the injured had shrapnel in their bodies that was not showing up on X-rays, making treatment difficult. “The prognosis for most of the wounded is dismal,” he said.

Other military hospitals treating the contractors are the Third Vishnevskiy hospital in Krasnogorsk, near Moscow, the Burdenko hospital near Moscow city center, and the Military Medical Academy in St. Petersburg, according to the doctor, Shabayev, and three other people who know dead or wounded fighters.

When Reuters contacted those hospitals by phone on Thursday, staff either declined to comment or denied having any patients evacuated from Syria.

A Reuters reporter visited the Burdenko hospital on Wednesday and spoke briefly to patients who said they knew nothing about anyone evacuated from Syria. Reporters also visited the hospital in Krasnogorsk, and a fifth military hospital, at Balashikha near Moscow, but were denied entry.

Russia launched a military operation in Syria in September 2015 which has turned the tide of the conflict in favor of Assad.

But according to people familiar with the deployment, Russia is using large numbers of the contractors in Syria because that allows Moscow to put more boots on the ground without risking regular soldiers whose deaths have to be accounted for.

The contractors, mostly ex-military, carry out missions assigned to them by the Russian military, the people familiar with the deployment said. Most are Russian citizens, though some have Ukrainian and Serbian passports.

The United States and Russia, while backing opposite sides in the Syria conflict, have taken pains to make sure that their forces do not accidentally collide. But the presence of the Russian contractors adds an element of unpredictability.

A US official, speaking on condition of anonymity, said last week that a force aligned with Assad, backed with artillery, tanks, rockets and mortars, had on February 7 attacked fighters with the US-backed Syrian Democratic Forces near Deir al-Zor.

US special forces were accompanying the SDF forces that came under attack, officials in Washington said.

The US-led coalition in Syria retaliated, killing about 100 of the pro-Assad forces, according to the official.

Since the battle, associates of Russian military contractors have said Russians were part of the pro-Assad force involved in the battle, and among the casualties.

Shabayev, the Cossack leader, said casualties were so high because the force had no air cover, and because they were attacked not by poorly equipped rebels, their usual adversaries, but by a well-armed force that could launch air strikes.

“First of all the bombers attacked, and then they cleaned up using Apaches (US-made attack helicopters),” Shabayev said, citing the wounded men he visited in hospital.

The source with ties to Wagner said they told him the force struck by the US-led coalition was made up mainly of Russian contractors, with a few Syrians and Iranians in support roles.

He said that on February 7 the force had advanced toward the settlement of Khusham, in Deir al-Zor province, into a zone designated as neutral under a deal between the Russian military and the US-led coalition.

The aim was to test if the US-led coalition would react. The force advanced to within less than 5 km (3 miles) of the SDF and American positions, he said.

He said that the US-led forces, in line with procedure agreed with the Russians, warned Russian regular forces that they were preparing to strike. He does not know if the warning was passed on to the contractors.

“The warning was 20 minutes beforehand, in that time it was not feasible to turn the column around,” said the source.

He said once the strikes began, the contractors did not return fire because they believed that would provoke even more strikes from the US-led coalition. 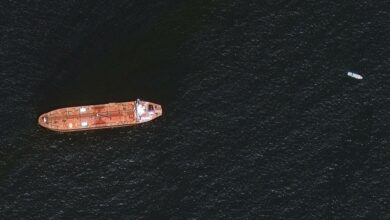 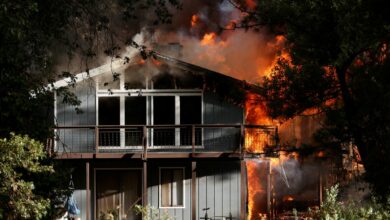