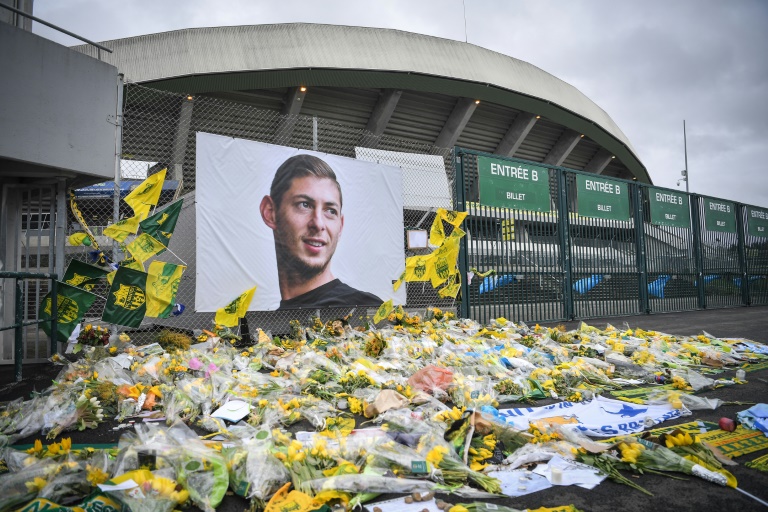 The tragedy of the plane crash that killed Argentine footballer Emiliano Sala has now entered an ugly aftermath as Premier League club Cardiff City and French side Nantes threaten to go to court over his £15 million ($19 million) transfer fee.

Sala, who was buried at the age of 28 in the Argentine village of Progreso on Saturday, never played a game for Cardiff. The plane carrying the striker and pilot David Ibbotson came down in the English Channel en route to the Welsh capital on January 21, two days after he completed his transfer from Nantes.

Cardiff have so far refused to pay the first installment of the club record fee, believed to be £5 million, as they await the results of an Air Accidents Investigations Bureau (AAIB) investigation into the causes of the crash.

The Telegraph reported on Sunday that Cardiff believe that if the AAIB find Ibbotson did not hold the necessary license to carry passengers on a commercial basis, then a negligence claim could be launched against whoever arranged the flight.

That would point the finger at agents Willie and Mark McKay, who were hired by Nantes to secure the transfer.

Willie McKay has accused Cardiff of “trying to throw me under the bus” in an attempt to avoid paying the transfer fee.

Speaking to The Times, Willie McKay said his son Mark arranged the fateful flight carrying Sala and Ibbotson, just as he had organized several flights for brokers of the deal in the weeks previously, including Cardiff manager Neil Warnock.

Willie McKay also rejected a statement from Cardiff chairman Mehmet Dalman that the club were unaware of who made Sala’s flight arrangements.

In his published timeline of events, Willie McKay said: “Emiliano was due to be met by the Cardiff City player liaison officer who was waiting for him to arrive at the Signature Flight Support building at Cardiff Airport on Monday evening (January 21). Cardiff City knew of the flight and who organized the flight.”

“It was us who put in the media about other clubs wanting you – West Ham, Everton etc – to create an interest on you that’s what we do,” Willie McKay wrote in a letter to Sala that has now been made public.

However, that is a common, if dubious, practice among football agents and Cardiff’s case to use that as a reason for avoiding any part of the transfer fee is unlikely to be met with favour should the case proceed to court.

Nantes believe the McKays’ work for them ended when Sala’s move was transfer was completed, therefore absolving them of any responsibility over the arrangements of the flight.

The Guardian reported on Wednesday that Nantes will take their case to FIFA this week if the £5 million installment is not paid.

“FIFA has not been contacted on this matter,” world football’s governing body said when contacted by AFP.

A resolution via FIFA’s players’ status committee or even the Lausanne-based Court of Arbitration for Sport (CAS) is likely unless Cardiff relent on their current stance.

“There are, in my opinion, two possible solutions,” sports lawyer Gianpaolo Monteneri, who was head of FIFA’s Players’ Status Department from 1997-2005, told the Press Association.

“The first one is that the parties have established to go to FIFA and, in such a case, the matter is submitted to the players’ status committee in the first instance, with the possibility of an appeal to CAS.

“But it is also possible that the parties have decided to skip FIFA and go direct to CAS.”

Should Cardiff be found to have failed to comply with their contractual obligations without due cause, a range of sanctions are on offer to FIFA, according to Monteneri.

“If certain deadlines, which are mentioned in the transfer contract, are not met then these may trigger consequences for the club in question.

“This can be from an admonishment right up to a withdrawal of league points.”