The Egyptian Liverpool FC striker Mohamed Salah  showed a unique performance during Liverpool Manchester City match on the Community Shield 2022, which ended 3-1 for Liverpool on Saturday.

Salah assisted the first goal for his teammate Trent Alexander-Arnold, while Salah scored the second goal from a penalty kick, and Darwin Nunez scored the third, so that Liverpool garnered its first title of the new season.

With this achievement, Liverpool has garnered all possible titles since Salah joined the team, having previously won the Premier League titles, the FA Cup, the English League Cup, the European Champions League, the European Super Cup, and the Club World Cup. 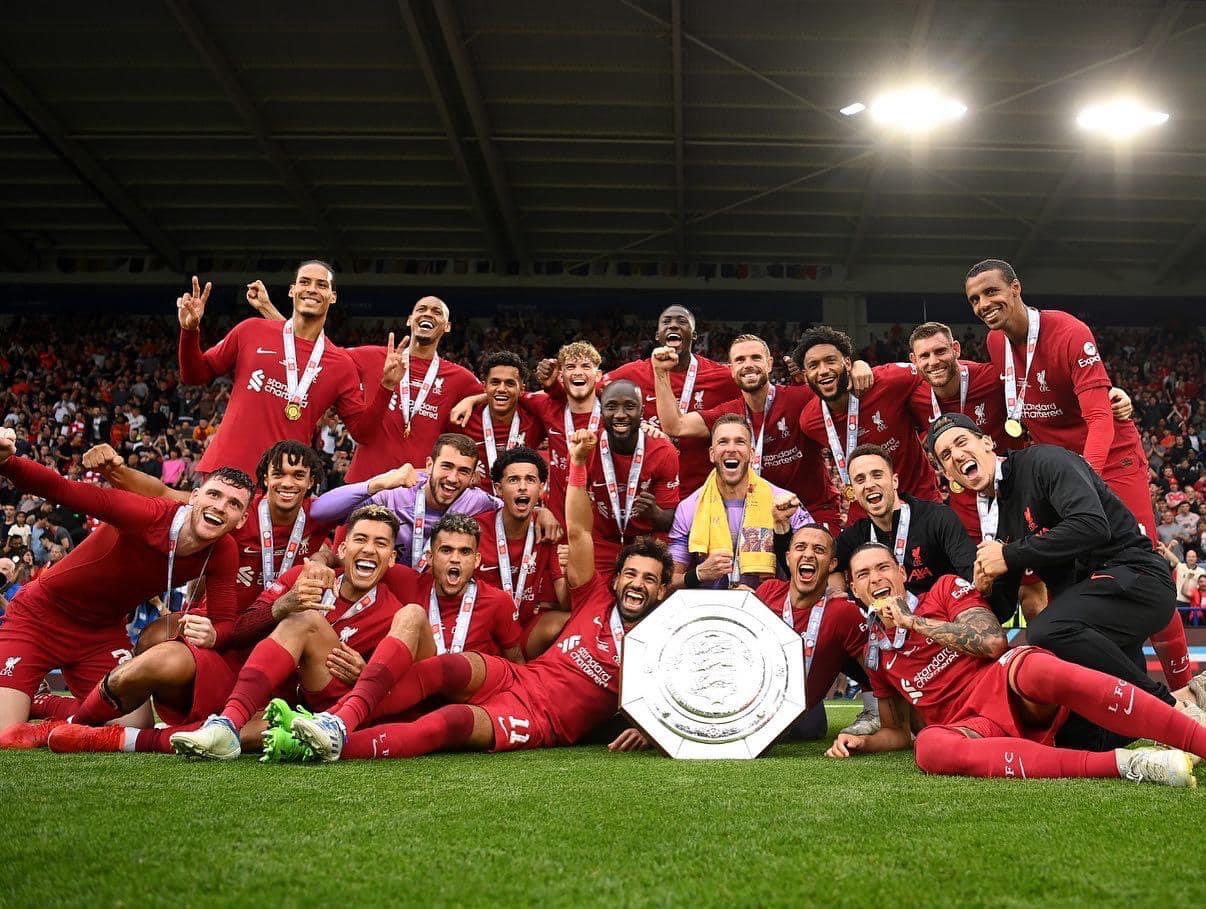 Salah joined Liverpool coming from Italy’s Roma in 2017, and was announced top scorer in the English Premier League on three occasions.

He recently renewed his contract with the Liverpool until 2025.

The football superstar was nominated for the Sports Personality of the Year award in the UK in 2022, presented by the Ethnicity Awards.

He also won the Golden Boot award with 23 goals, and the award for the best playmaker with his assists in 13 goals, in the Premier League competition last season, and he was crowned with Liverpool in the FA Cup and EFL Cup titles.