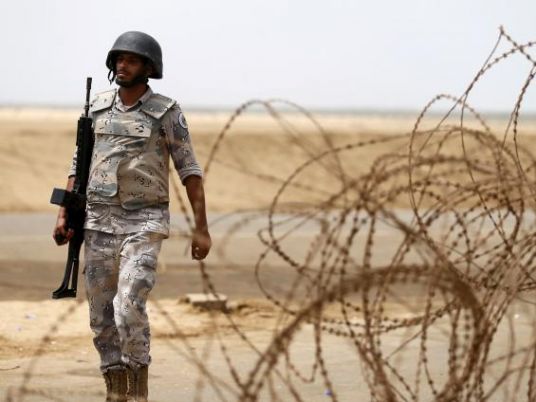 Saudi Arabia announced on Tuesday it was ending a month-long campaign of air strikes against the Houthi rebels who seized large areas of Yemen and said it would back a political solution to bring peace to its war-ravaged neighbor.
Iran, which has supported the fellow Shi'ite Houthis, welcomed the ceasefire, which followed months of factional fighting between the militant group and forces loyal to the government, which was driven out of the capital Sanaa.
"Operation Decisive Storm has achieved its goals …(including) removing the threat to Saudi Arabia and neighboring countries, especially in terms of heavy weapons," said a statement carried by Saudi state news agency SPA.
It said a new phase called "Operation Restoring Hope" was beginning. It would combine political, diplomatic and military action but would focus on "the political process that will lead to a stable and secure future for Yemen."
Saudi spokesman Brigadier General Ahmed Asseri said the alliance may still target Houthis. "The coalition will continue to prevent the Houthi militias from moving or undertaking any operations inside Yemen," he told reporters in Riyadh.
The White House on Tuesday also welcomed Saudi Arabia's announcement.
"The United States welcomes today's announcement by the government of Saudi Arabia and its coalition partners of the conclusion of Operation Decisive Storm in Yemen," said Alistair Baskey, a spokesman for the White House National Security Council.
Bloodshed continued
The Saudis called for a quick resumption of UN-facilitated talks to try to get a peaceful political arrangement for Yemen, which has a long history of internal fighting.
Saudi Arabia had earlier signaled a change in its mission by ordering its National Guard, widely regarded as the kingdom's best equipped military ground force, to join the campaign, but did not say what role it would play.
The bloodshed in Yemen, racked by fighting between factions supported by different regional powers, had continued earlier in the day. At least 40 people, most of them civilians, were killed in two air strikes.
One raid hit a security building in Haradh near Yemen's border with Saudi Arabia, killing seven soldiers and 13 civilians. Twenty people died in another strike in Ibb province when a bridge was hit as militia members drove across.
The Houthis and military units loyal to the powerful former president Ali Abdullah Saleh have taken swathes of territory and forced the current president, Abd-Rabbu Mansour Hadi, into exile in Saudi Arabia.
The conflict created desperate shortages of food and other supplies in Yemen, where sea and airports are closed. Houthi politburo member Mohammed al-Bukhaiti accused the United States of worsening the "siege" on the country by sending warships to the waters off Yemen.
US ships patrol area
The United States said on Monday an aircraft carrier and guided-missile cruiser had gone to the waters off Yemen to join seven other US warships already in the area.
The Pentagon said the ships were there to ensure freedom of navigation through the area, which is vital to oil shipping and controls approaches to the Red Sea and the Suez Canal.
It said the ships were also watching a flotilla of Iranian cargo vessels that had approached Yemen. The UN Security Council has imposed an arms embargo on the Houthis, and the Saudi navy has imposed a naval blockade around the country.
President Barack Obama warned Iran on Tuesday not to send weapons to Yemen that could be used to threaten shipping traffic in the region.
"What we've said to them is that, 'If there are weapons delivered to factions within Yemen that could threaten navigation, that's a problem,'" he said. "And we're not sending them obscure messages. We send them very direct messages about it."
Washington wants to maintain pressure on the Yemen-based Al-Qaeda in the Arabian Peninsula, one of the militant movements most active groups, which it fears may take advantage of the chaos to extend its grip and plan further attacks on the West.
The World Health Organization said on Tuesday that 944 people were reported killed and 3,487 wounded in Yemen in the four weeks up to Friday.
Rana Sidani, a WHO representative, said the toll only covered data reported to the Ministry of Health by hospitals and the actual number of casualties was likely much higher.