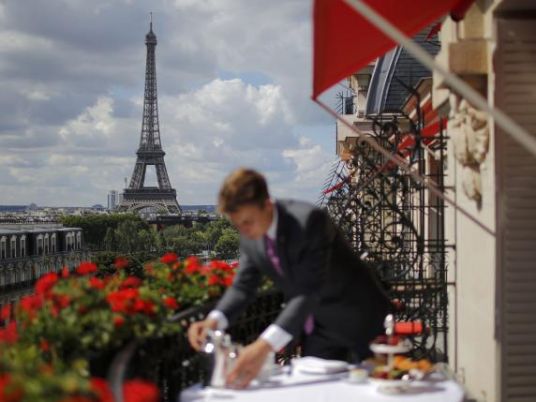 Schools, markets, museums and major tourist sites in the Paris area were closed on Saturday and sporting fixtures were cancelled following the terror attacks on the French capital, local authorities said.
"All city facilities are closed today," Paris City Hall said on its website.
The list comprised schools, museums, libraries, sports halls, swimming pools, tennis courts, food markets and district town halls.
Only civil registration offices, to record marriages, will be open, it said, adding that security would be beefed up at town halls.
Separately, the French secretary of state for sports issued instructions to sports federations to cancel matches this weekend.
Cancelled events include a European Champions Cup rugby match between Racing 92 and the Glasgow Warriors.
Irish rock band U2 also called off a Paris concert planned for Saturday.
The Eiffel Tower was closed according to a message on its website that did not say how long it would remain shuttered.
Disneyland Paris, which is located on the eastern rim of the Paris region, said it would not open on Saturday "in light of the recent tragic events in France and in support of our community and the victims of these horrendous attacks."
"Our thoughts and prayers go out to all of those affected by these horrible events," it said.
The closures came after simultaneous attacks on restaurants and outside the Stade de France stadium that left at least 128 dead and 180 injured, 80 of them seriously, according to a toll from police sources.