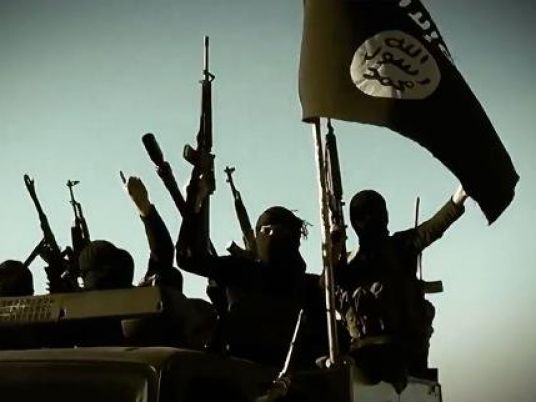 Egypt’s Higher State Security Prosecution recently unveiled details regarding the ongoing investigations  into the the Sinai Province group case, in which 555 defendants were accused of being part of the Islamic State (IS) affiliated group.The unveiled details also included confessions regarding the types of training received to form the militant group in North Sinai.

According to the details of the investigations published through the state-run newspaper Al-Ahram, 88 of the defendants confessed that they had received military and physical training inside secret camps to target army and police forces in what they called ‘Gazwat’ (Attacks).

Moreover, the confessions provided during the investigations revealed the defendants have committed 63 terrorist attacks inside North Sinai and formed 43 militant cells to conduct attacks.

On details of the formation of Sinai Province, investigations unveiled that their recruiting official Abu Kazem is based in North Sinai, and was responsible for  persuading new members to join since 2012.

The captured members explained that they planned to join IS back in 2014, after declaring their affiliation to the head of the IS in Syria and Iraq, Abu Bakr al-Bagdadi. They also added that their plan to move around Turkey as students failed, leading them to join the Sinai Province.

On their military exercises, the defendants said that they were taught ways to deal with  air-strikes from the Egyptian Air Forces and howto hide inside tough geographic terrain. Two members of the Sinai Province, Abu Rayan and Abu Othman, were named as the militant’s trainers in North Sinai.

Furthermore, the defendants stressed that they prepared for attacks to target police and army forces, with ‘Abu Dogna’ named as the one responsible for monitoring state security forces in the North Sinai city of Al-Arish.

The defendants said that they hid inside camps in desert farms, houses and buildings specifically designed for them: these buildings included various rooms, tunnels and underground caches that would store communications equipment, generators and electronics.They also confessed to buying a farm in Ismailia Governorate and equipping it with underground rooms so that it could be converted into a training camp for the Sinai Province’s foreign militants. A factory was also bought in order to manufacture explosives, and to serve as a starting point in monitoring targets in the military and police.

The defendants also stated that some militants carried out kidnapping and decapitations of civilians cooperating with the Egyptian Armed Forces against the Sinai Province.

The group has also established its own“Media Section”, which was responsible for documenting the terrorist operations carried out by the Sinai Province and editing the materials before broadcasting under the group’s name.

Regarding the suicide bombs which targeted churches in Cairo, Tanta and Alexandria governorates between 2016 and 2017, the members confessed that the militant Abu Abdullah al-Fayoumi carried out the attack against the Patriarchal Church in Cairo.

The ‘Sinai Province’ also claimed responsibility for the bombing of the main Coptic Church in Cairo,the Coptic Orthodox Cathedral, in December 2016. The incident  claimed the lives of 28 innoncent people and was followed by the publication of a video in which the group threatened to target Copts in Egypt.

Egypt is continuing itswide-scale military operations  ‘Comprehensive Sinai 2018’, which started in February 9.The operations involve the co-operation of various army and police forces against the Sinai Province.

The North Sinai border has become a hotbed of militancy since the ousting of former Muslim Brotherhood (MB) affiliated President Mohammed Morsi.The (MB) group was outlawed in Egypt directly after the 30 June uprising, which ended their one-year rule