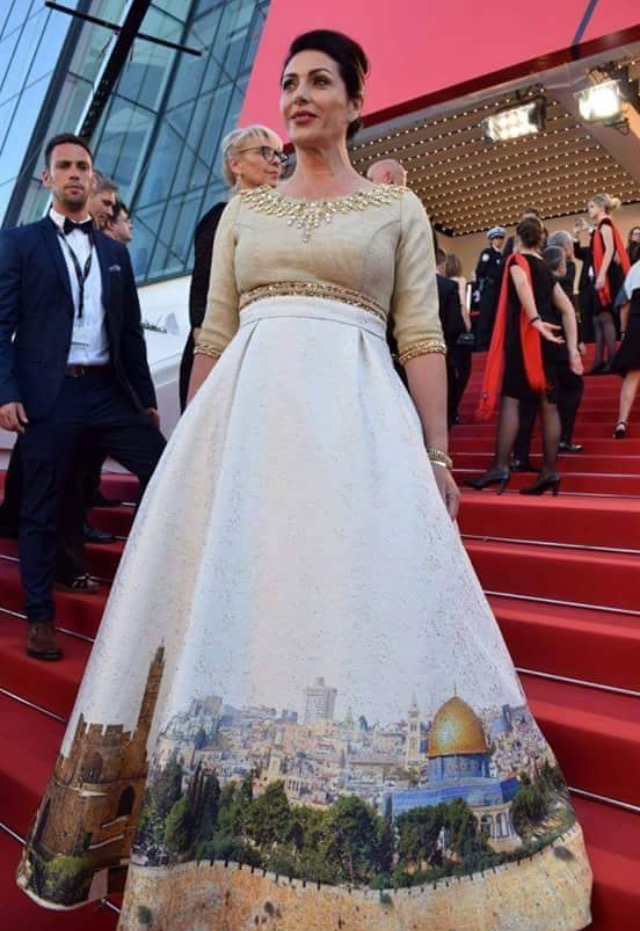 Arab and Palestinian activists responded to the Israeli Culture Minister Miri Regev’s dress, which depicted Al-Aqsa Mosque at Cannes Film Festival, with a set of photoshoped images for the same dress representing Israeli crimes against Palestinians.

The Israeli newspaper Yediot Ahronot reported that the minister was careful to wear the dress to emphasize that Jerusalem is the eternal capital of Israel.

“I am proud to celebrate this historic date through art and fashion, and I am happy that this work by Israeli designer Aviad Herman is so moving and honours the beautiful status of our eternal capital Jerusalem,” the Independent newspaper quoted Regev as saying.

Cannes Film Festival, held in France, will continue until May 28 with many public figures and celebrities participating in the event.