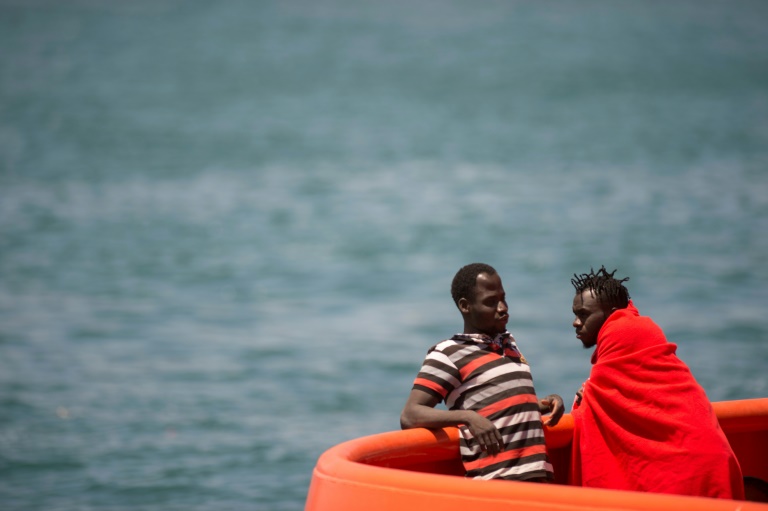 Spanish rescue services said Tuesday they had plucked nearly 500 migrants from the Mediterranean in a single day who were trying to reach the country’s coast.

The Spanish Maritime Safety Agency said on Twitter that it had picked up a total of 484 people in 30 makeshift vessels in the Strait of Gibraltar and Alboran Sea, which separate Spain from Morocco.

According to a count by the International Organization for Migration (IOM), some 18,653 migrants reached Spanish shores between the beginning of the year and July 18.

They are mainly from sub-Saharan Africa — notably Guinea, Mali and Mauritania — as well as Morocco.

At least 294 migrants have died in their attempts to reach Spain this year, out of a total of 1,489 who died in the Mediterranean, according to IOM.

In June Spain agreed to take in 630 migrants who arrived aboard three vessels, including the French NGO rescue ship Aquarius.

The Aquarius rescued the migrants off Libya’s coast on June 9 but Italy’s new populist government and Malta both refused to let it dock, triggering an international outcry before Spain stepped in to help.

Then on July 4, a ship belonging to Spanish NGO Proactiva Open Arms docked in Barcelona with 60 migrants rescued off the Libyan coast on board after Italy refused to take them in.

Faced with growing tensions in the EU over the issue, member states struck a deal in late June to stem the arrival of migrants.

The accord includes the setting up of secure centers for migrants in EU countries and “disembarkation platforms” outside the bloc, as well as sharing out refugees among member states.

But the plan remains fraught with rows over how to divide responsibility for migrants and ease the stress on coastal countries such as Italy and Greece.

Italy, which had earlier vowed to turn away rescue boats, agreed Monday to continue accepting migrants picked up at sea, at least until the bloc finds a solution for sharing responsibility.

Libyan coastguard says 100 migrants may have drowned near Tripoli

Italy doubles down on anti-migrant stance ahead of EU summit