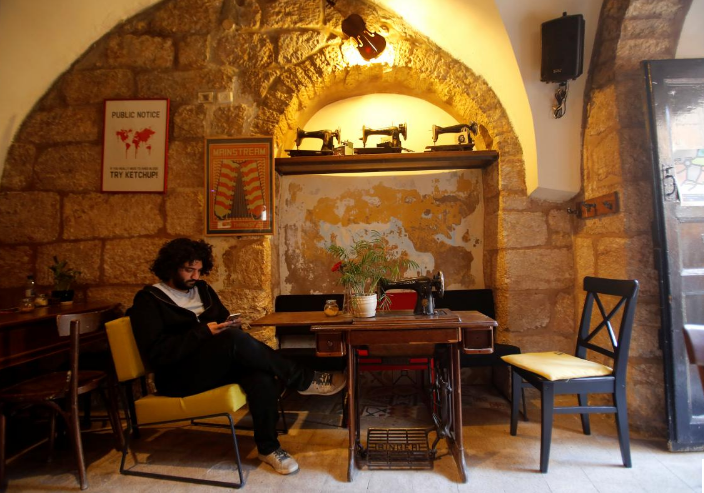 BETHLEHEM, West Bank (Reuters) – Palestinian musicians are fast reaping dividends from their presence on Spotify, which launched its internet streaming service in the Middle East and North Africa last week.

“The Arab hub provides a unique platform that brings the full spectrum of Arab culture and creativity, past and present,” said Suhel Nafar, a musician from the Israeli city of Lod who serves as the music streaming service’s senior Arab music and culture editor.

“As Palestinian artists, we face a lot of restrictions. Some cannot travel to perform in another country,” said Bashar Murad, a Palestinian singer based in East Jerusalem, an area that Israel captured, along with the West Bank, in a 1967 war.

He said Spotify is helping him to get his music heard.

“After the launch, my monthly followers (on Spotify) increased from 30 to something like 6,500,” Murad added.

However, the lack of high-speed cellular services in the West Bank and Gaza Strip will limit the app’s on-the-go use.

“I will have to be at home or at a cafe or a place where there is good internet connection to be able to upload my songs to Spotify,” said Mohammed Al-Susi, a rap artist from Gaza who registered for Spotify last week.

The Palestinian territories are the only Arab market included in Spotify’s regional launch that lacks 4G broadband infrastructure, although some consumers use speedier networks in neighboring Israel. The West Bank launched a 3G service in late 2017, but Gaza only has a 2G service.

Once Gaza has 3G, “it will be something great. Better than posting my songs on Facebook and having to see people’s comments. It is purely a venue for music,” Susi said.

Spotify has been unofficially available in the West Bank and Gaza for several years via accounts registered in Israel or other markets and accessed through a virtual private network, or VPN. Spotify launched in Israel in March.

Still, having a music and social service specific to the Palestinian territories is “something significant”, said Murad.

“Despite the restrictions, we can unite on social media,” he said.

Spotify launches in the Middle East and North Africa

Apple is allegedly shutting down its iTunes application