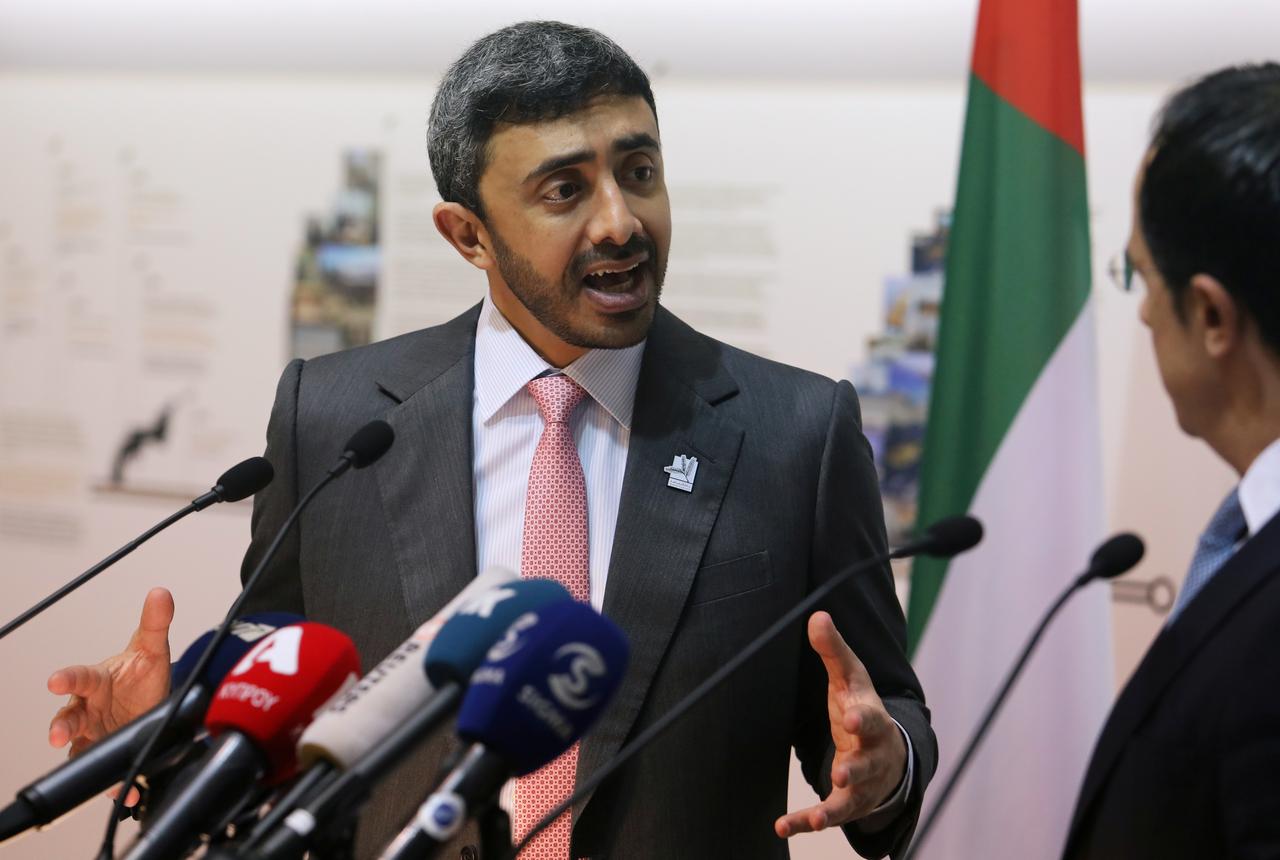 NICOSIA (Reuters) – The UAE’s foreign minister said on Saturday a “state sponsor” was involved in a May 12 attack on oil tankers in the Gulf, but did not name any particular country.

He did not mention attacks on two other tankers this week in the same area. The United States has said Iran was involved in both the May and the June incidents – accusations dismissed by Tehran.

“Our conclusion is this has only been possible by a state-sponsored attack,” UAE foreign minster Abdullah bin Zayed al-Nahyan told reporters after meeting his Cypriot counterpart in Nicosia, referring to the May attack.

“We haven’t named the state, but we hope that we can further work with our friends and partners in preventing such escalations from moving forward,” he added.

The May 12 attacks targeted two Saudi tankers, an Emirati vessel and a Norwegian tanker, causing no casualties but fueling tensions between the United States and Iran during weeks of escalating rhetoric.

Iran renews nuclear pact ultimatum amid tensions with US