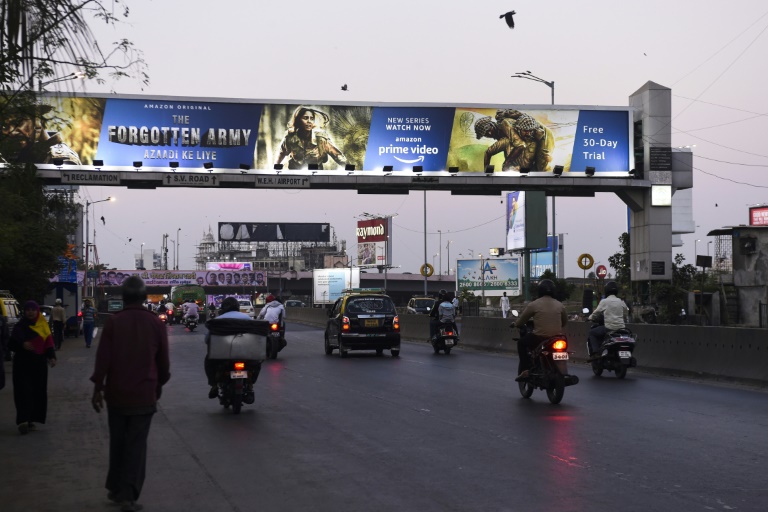 Netflix and Amazon are battling a dizzying array of homegrown outfits, from Bollywood producers to broadcasters, for dominance of India’s streaming market, a key target as growth in Western countries slows.

As more Indians shift to viewing movies and shows online, industry revenues from streaming in the country are set to jump from $500 million in 2018 to as much as $5 billion in 2023, according to Boston Consulting Group.

With many Western markets saturated and Asia’s top economy China effectively closed off to foreign streamers, a nation of 1.3 billion where phone ownership is forecast to rocket makes for a tantalising prize.

“India is super important, for both Netflix and Amazon,” Tony Gunnarsson, a streaming analyst from consultancy Ovum, told AFP at the recent Asia TV Forum in Singapore.

“Netflix… need to continue to generate new subscribers, and there is no better place than India.”

But the US giants face tough competition in the vast, ethnically and religiously diverse country where the streaming scene is rapidly evolving.

There are dozens of subscription streaming services in India, according to Ovum, and some domestic outfits have more experience in producing content tailored for local audiences and in the country’s myriad languages.

A major player is Hotstar — originally a homegrown outfit which later became part of the Disney empire — which has attracted an army of followers in part by streaming Indian Premier League cricket matches live.

As well as offering their services direct to consumers, streamers are bundling their content with mobile phone services in a bid to broaden their reach.

Netflix, the world’s biggest subscription streaming service, has made expanding in India a priority and aims to attract 100 million subscribers in the country — an ambitious goal given analysts estimate it will only reach about seven million this year.

The company made a mark with its first Indian original “Sacred Games”, a hugely popular series about a troubled police officer starring top Bollywood actors, and has a slate of new productions in the works.

“There are so many opportunities in streaming, creators are not restricted by length, duration.”

Fellow US titan Amazon also has a strong foothold in India with its Prime Video service and, like Netflix, typically appeals to wealthier urbanites who want to see Western as well as Indian content.

It is planning to release around one Indian original production a month over the coming year, and is ramping up its production of shows in regional Indian languages.

Netflix has been lagging behind Amazon in terms of subscriber numbers but looks set to move ahead from 2021, according to Ovum.

Nevertheless both will likely struggle to catch up to Hotstar, which reached 300 million active monthly users last year, although the Indian streamer works on a different model, offering some content for free and other shows only to subscribers.

To compete in a crowded market, the US titans are offering their services for less than in the West — Netflix introduced a package for India priced at only 199 rupees ($2.80) a month, which allows consumers to watch only on a phone or tablet, and Amazon Prime is 999 rupees ($14) for a year.

And the scene is about to get even more competitive with the launch of the Disney+ streaming service in India next month via Hotstar.

Two years ago their business was about 90 percent making films but work for streamers “is the fastest-growing space right now”, he told AFP.

The industry hopes that some of the new high-quality shows can find audiences overseas beyond the Indian diaspora — two thirds of the viewers for “Sacred Games” season one, which is in Hindi, were outside India.

Another Indian show to find unexpected success overseas was “Mighty Little Bheem”, a Netflix original cartoon about a baby’s adventures in his village.

Hopes for overseas success for foreign language productions have been boosted by South Korean black comedy “Parasite”, which won a haul of Oscars this month and became the first non-English language film to scoop the gong for best picture.

Some observers are optimistic that streamers in India have much space for growth, but in the long term they believe only the fittest will survive.

“Markets are already at a point where there are more than enough services,” said Ovum’s Gunnarsson.

Image: AFP / INDRANIL MUKHERJEE Amazon has a strong foothold in India with its Prime Video service and typically appeals to wealthier urbanites

Competitors look to free services to take on Netflix