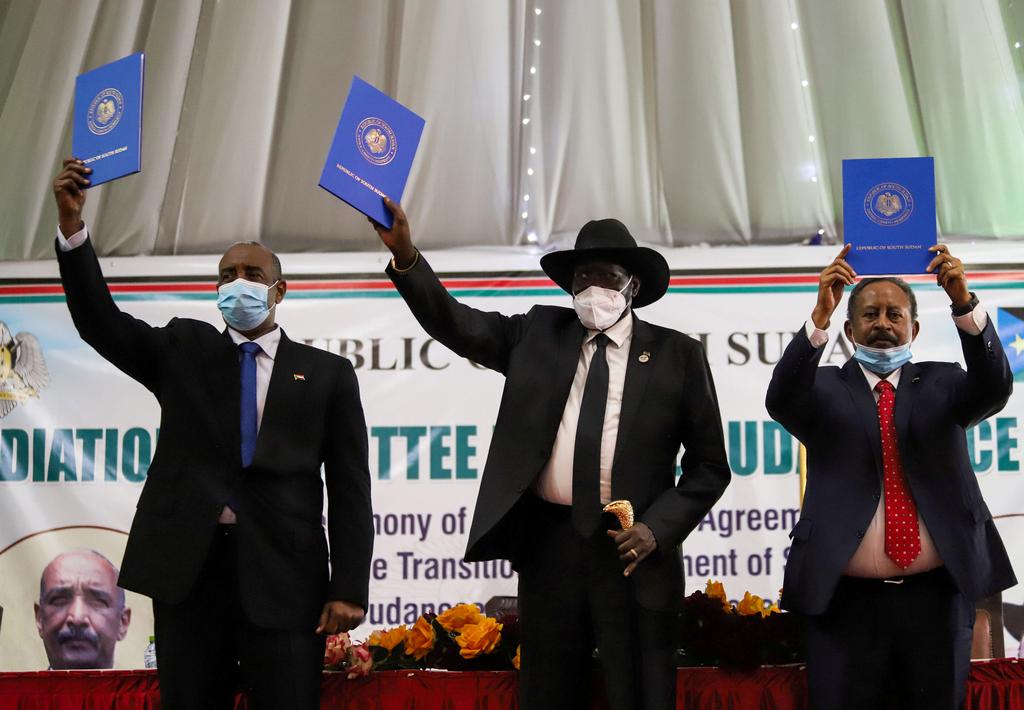 JUBA/KHARTOUM (Reuters) – Sudan’s power-sharing government and a major rebel group active in southern borderlands have agreed to hold new peace talks hosted by South Sudan, both sides said on Friday, days after Khartoum signed a peace deal with other groups.

The government agreed the move with the Sudan People’s Liberation Movement-North led by Abdelaziz al-Hilu, one of the groups that did not join a deal signed on Monday to end wars stemming from the rule of ousted leader Omar al-Bashir.

Hilu’s group has now agreed with the Khartoum government on the “necessity” to reach a complete political solution in Sudan and address root the causes of its conflicts, the office of Prime Minister Abdalla Hamdok said on its website.

It said both sides had agreed to set up workshops for different issues but gave no timeframe or details.

Hilu’s group, one of the biggest rebel forces which controls territory in southern borderlands, confirmed the agreement.

“Yes, it is true. The meeting has taken place in Addis Ababa between us and Prime Minister Hamdok,” Aman Amum, the group’s chief negotiator, told Reuters. “We will continue negotiation under Juba Mediation. So far, there’s no agreed date for the talks.”

There was no immediate comment from South Sudan, which hosted the talks that led to Monday’s deal.

Hilu’s group had orginally joined the Juba talks but then suspended its participation.

His group operates in a region inhabited by minority Christians and followers of African beliefs, who complain of long discrimination under Bashir, who was ousted last year, and seek a secular democratic state for the Muslim majority country.

The joint statement published by Hamdok’s office said both sides had agreed to achieve equality for all Sudanese.

Sudan has been riven by conflicts for decades. After the oil-rich south seceded in 2011, an economic crisis fuelled protests which led to Bashir’s ousting.

Three major groups signed Monday’s deal, including factions from Darfur where more than 300,000 people are estimated to have been killed and 2.5 million displaced since 2003.

Sudan’s civilian and military leaders, who have shared power since then, say ending conflicts is a top priority to help bring democracy and peace to a country in crisis.

Record floods cause deaths and widespread damage in Sudan