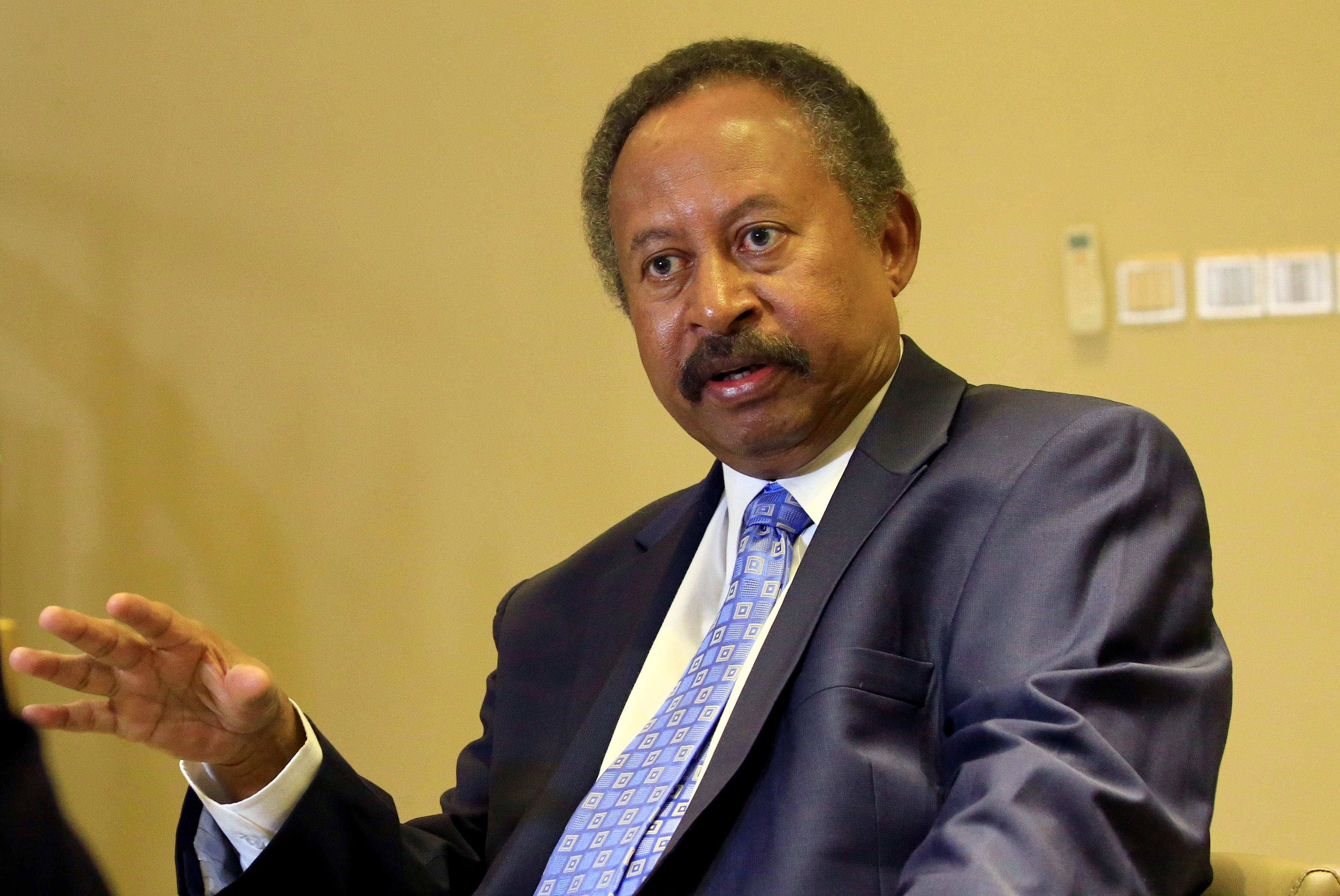 KHARTOUM (Reuters) – Sudanese Prime Minister Abdalla Hamdok said he held “direct and transparent” talks with US Secretary of State Mike Pompeo in Khartoum on Tuesday, including over removing Sudan from a US state sponsors of terrorism list.

Pompeo landed in Sudan after flying non-stop from Israel on what he said was the first official non-stop flight between the two countries, as the United States promotes stronger Sudan-Israel ties.
Related Coverage

Sudan says transitional government not mandated to normalise ties with Israel: spokesman
Pompeo says Sudan’s democratic transition is ‘once in a generation opportunity’

His visit is part of a regional tour following an accord between Israel and the UAE this month to forge full relations, and comes as Israel and the United States push more Arab countries to follow.

The United States sanctioned Sudan over its alleged support for militant groups and the civil war in Darfur, during the rule of Omar al-Bashir Bashir, the long-time ruler ousted by the military in April 2019.

Trade sanctions were lifted in 2017 but Sudan remains on the US list of state sponsors of terrorism, which prevents it from accessing badly needed funding from international lenders.

Hamdok also said in a tweet he and Pompeo discussed support for Sudan’s civilian-led transitional government, and that he was looking forward to “positive tangible steps” to support Sudan’s revolution.

Pompeo said on Twitter after taking off from Tel Aviv: “Happy to announce that we are on the FIRST official NONSTOP flight from Israel to Sudan!”

The State Department said Pompeo’s brief stopover in Khartoum was to discuss US support for the civilian-led government and for “deepening the Sudan-Israel relationship”.

Asked if Pompeo would announce a breakthrough in Sudan like normalization of ties with Israel or a removal of US sanctions, a US official on board Pompeo’s flight said: “It’s possible that more history will be made.”

Ties with Israel are a sensitive issue in Sudan, which was among the hardline Muslim foes of Israel under Bashir.

Sudan announced on Aug. 19 it had sacked its foreign ministry spokesman after he called the UAE decision to become the third Arab country to normalise relations with Israel “a brave and bold step”.