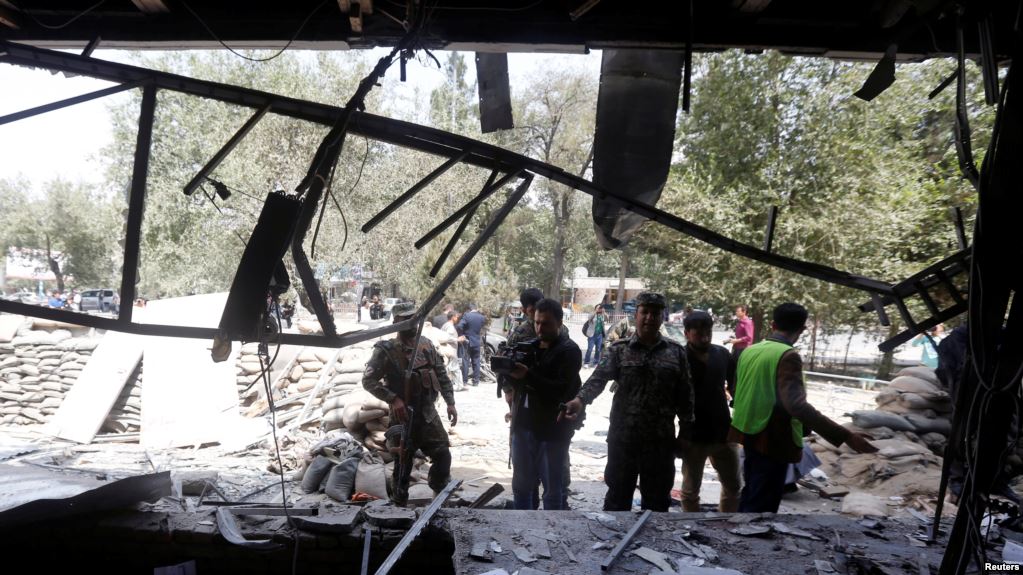 A suicide bomber blew himself up at a bank close to the heavily protected US embassy in the Afghan capital Kabul on Tuesday, killing at least five people and wounding eight, the interior ministry said.

The bomber hit the entrance to a Kabul Bank branch in the well-off area of Kabul, close to the main diplomatic quarter, ministry spokesman Najib Danish said. He said at least five people had been killed and eight wounded.

The Taliban claimed responsibility for the attack, which came as banks were busy with people taking out money ahead of the Muslim Eid al-Adha holiday at the end of the week, saying it had targeted soldiers and police withdrawing their salaries.

The latest in a long series of suicide attacks in Kabul highlight the danger in the city, where 209 civilians were killed and 777 injured in the first half of the year, according to UN figures.

The Taliban, fighting to restore Islamic law and drive out international forces backing the government in Kabul, have carried out many of the attacks. Other militant groups, including the affiliated Haqqani network and the local branch of Islamic State, have carried out others.

Attacks on banks where soldiers and police withdraw their salaries have become a regular tactic of the Taliban and the movement’s spokesman Zabihullah Mujahid said several members of the security forces had been killed. There was no confirmation from the government.

President Ashraf Ghani’s government, facing growing public anger over insecurity in Kabul, has started tightening checks around the center of the city, where many of the most deadly attacks have taken place.