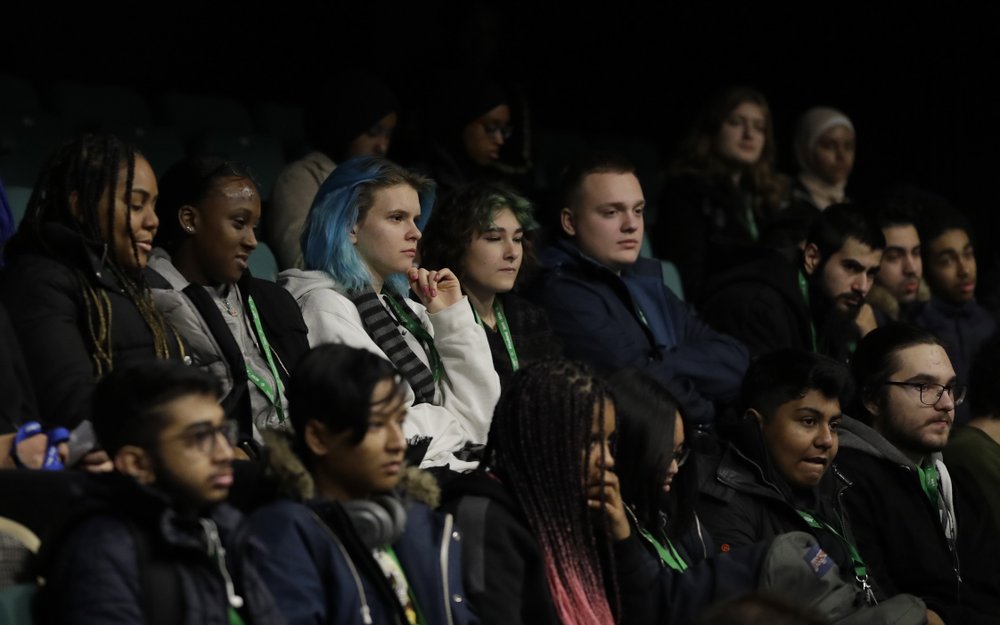 LONDON (AP) — In a British election dominated by Brexit, young voters who had no say in the country’s decision to leave the European Union could hold the key to victory. That is, if they can be bothered to vote.

It has long been a truth in British politics that young people vote in lower numbers than older ones. In the last election in 2017, just over half of under-35s voted, compared to more than 70% of those over 60.

But that may be changing. According to official figures, 3.85 million people registered to vote between the day the election was called on Oct. 29 and Tuesday’s registration deadline — two-thirds of them under 35. The number of new registrations is almost a third higher than in 2017.

Amy Heley of Vote for your Future, a group working to increase youth participation, says the figure is “really encouraging, and shows that politics has been so high profile recently that it is encouraging more young people to vote.”

That doesn’t mean, however, that young voters like what they see. Many appear unimpressed with the choice between Prime Minister Boris Johnson’s Conservatives, the main opposition Labour Party under Jeremy Corbyn and a handful of smaller parties.

“I think they’re all unlikeable,” said Callum Nelson, a 21-year-old law student attending a question session with local candidates at his London college. “I’m tempted to exercise my right to spoil my ballot.”

About 46 million people are eligible to vote in the Dec. 12 election to fill all 650 seats in the House of Commons, including hundreds of thousands who were too young take part in the U.K.’s 2016 Brexit referendum. Britain’s voting age is 18, although Labour and other parties, including the centrist Liberal Democrats and environmentalist Greens, want it lowered to 16.

The current election campaign is a product of that 2016 vote, in which Britons decided by 52%-48% to leave the European Union after more than four decades of membership.

More than three years on, the country remains an EU member. Johnson pushed for the December election, which is taking place more than two years early, in hopes of winning a majority and breaking Britain’s political impasse over Brexit. He says that if the Conservatives win a majority, he will get Parliament to ratify his Brexit divorce deal and take the U.K. out of the EU by the current Jan. 31 deadline.

Labour says it will negotiate a new Brexit deal, then give voters a choice between leaving on those terms and remaining in the bloc. It also has a radical domestic agenda, promising to nationalize key industries and utilities, hike the minimum wage and give free internet access to all.

While most opinion polls give Johnson’s Conservatives a substantial lead overall, the surge in new young voters is good news for Labour, which is seeking to defy the odds and win a general election for the first time since 2005.

Young voters are more likely than their older compatriots to oppose Brexit, which will end Britons’ right to work and live in 27 other European nations and will have a major — though as yet unknown — economic impact.

Matt Walsh, a senior lecturer in journalism at the University of Cardiff, said young voters also strongly back abolition of tuition fees and stronger action against climate change — both policies “at the center of the offer that the Labour Party is putting forward to young people.”

Labour’s strategy “is to try and grab those missing voters, get them registered and get them to vote and support Labour policies,” he said.

Labour is spending more than its main rival on social media ads, churning out a stream of memes and messages on Facebook and Instagram. It is also outspending the Conservatives on Snapchat, whose users tend to be younger than those on the other networks. Twitter has banned all political advertising.

Labour also pushed to get young people to register to vote before the Nov. 26 deadline, spreading the message through tweets from celebrity supporters, including grime artist Stormzy. Corbyn posted a link to the government’s voter registration website 26 times on Twitter and 31 times on Facebook in the month before the deadline. Johnson, in contrast, didn’t post the link or the word “register” at all on Twitter, and just once on Facebook.

While some analysts are forecasting an electoral “youthquake,” others are cautious. This is a rare winter election, and turnout could suffer if Dec. 12 is a wet, cold day. It’s also difficult to know how much the voters’ decision will be motivated by Brexit and how much by domestic issues.

“At this point, I’m kind of sick of Brexit,” said Susie Chilver, a first-year politics student at the University of Bristol, in southwest England. “So, the things that are swaying it for me are things like social housing, and things like health care, more about social issues than foreign policy.”

Konstantinos Matakos, senior lecturer in the department of political economy at King’s College London, said there is an assumption that young voters are “leaning more Labour.” But he says their geographical spread —and whether they show up on polling day — will ultimately determine their impact on the outcome.

“It’s not a straightforward assumption to say that this surge in the registration rates will undoubtedly benefit Labour in terms of gaining electoral seats,” he said.

Some young voters agree that Labour shouldn’t take their support for granted.

“People think that students will definitely vote for Labour,” said Molly Jones, a 19-year-old student at London’s Westminster Kingsway College. “But a lot of them who I’ve spoken to, it’s not like that. They will vote for the Liberal Democrats, or the Greens, or even the Conservatives.

“All the parties are just a mess at the moment, and all the leaders are terrible,” she said. “It makes it really hard to vote for someone — you just hold your nose and vote.”

Reporting by Jill Lawless; Jo Kearney and Vicki Ferrar contributed to this story.

Image: Students listen to politicians speaking during a Vote For Your Future Hustings at Westminster Kingsway College in London, on Tuesday, Nov. 19, 2019 (AP Photo/Kirsty Wigglesworth)