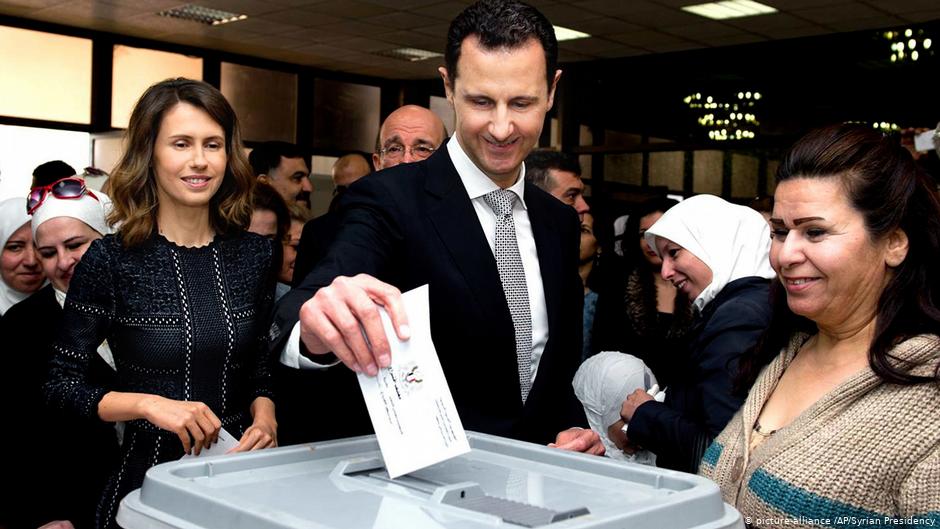 Syria’s Baath party and its allies have won a majority in parliamentary elections that were delayed twice due to the coronavirus pandemic. The exiled opposition labeled the vote a “farce.”

Syria’s ruling Baath party and its allies have won a widely expected majority in parliamentary elections that were held across government-controlled areas of the war-torn country, according to the results announced on Tuesday.

President Bashar al-Assad’s party and allied candidates, who contested the election under the “National Unity” list, won 177 of the 250 seats in Sunday’s vote.

Turnout stood at 33 percent, as compared to 57 percent in 2016, said Samir Zamreeq, head of the country’s electoral commission.

Zamreeq also said that any candidate not satisfied with the results “is entitled to submit his complaint within three days” starting Wednesday.

More than 7,000 polling stations were set up across government-controlled parts of the country. Voting also took place in former opposition-held areas for the time since government forces retook much of the territory it lost at the beginning of the civil war.

The polls come at a time when Syria faces international sanctions and a crumbling economy. The value of the Syrian pound has plummeted in recent months, with fresh US sanctions implemented last month compounding the situation.

Many of the 1,658 candidates ran on a pledge to revive the economy and rebuild infrastructure destroyed by the nine-year war.

‘Neither free nor fair’

Syria’s opposition in exile denounced the election as a sham. “Simply put, these are illegitimate elections. The regime chose the candidates, even the independent ones, and they elected them,” said Yehya Aridi, a member of the opposition committee at the UN peace talks in Geneva.

“The people in Syria did not have the freedom to vote […] this was a theater play by the regime,” Aridi told German news agency DPA.

Washington on Monday decried the vote as “stage-managed” and “unfree.”

“The Assad regime carried out rigged parliamentary elections yesterday and the vote was neither free nor fair. Syrians and the world aren’t fooled by this latest example of Assad’s corruption and repression,” said US State Department spokesperson Morgan Ortagus.

The election was postponed twice from April due to the novel coronavirus, which has infected 540 people and left 31 dead in the country, according to official figures.

Syrians vote for new parliament amid measures against virus