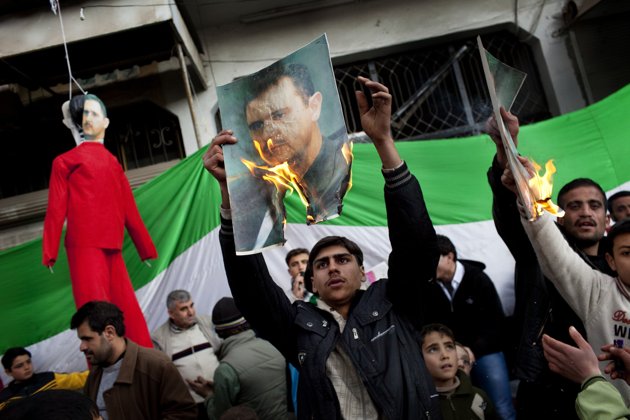 Syrian President Bashar al-Assad said on Saturday he was ready for a ceasefire, on condition "terrorists" did not use a lull in fighting to their advantage and that countries backing insurgents halted support for them.

His comments were made as the Syrian opposition said it had agreed to the "possibility" of a temporary truce, provided there were guarantees Damascus's allies, including Russia, would cease fire, sieges were lifted and aid deliveries were allowed country-wide.

"We have said that we are ready to stop military operations, but the issue relates to more important factors … such as preventing terrorists from using it to improve their positions," Assad told Spanish newspaper El Pais in an interview.

He also said any truce must ensure that "other countries, especially Turkey, are prevented from sending more terrorists and weapons, or any kind of logistical support."

Turkey, other Sunni regional powers and Western countries have supported insurgents fighting against Assad, whose forces are bolstered by Iran, Russia and Lebanese Hezbollah.

Attempts to negotiate a truce in recent months have failed. The latest round of talks at the United Nations in Geneva is being jointly chaired by Russia and the United States.

World powers agreed in Munich on February 12 to a cessation of hostilities that would let humanitarian aid be delivered in Syria.

The ceasefire was scheduled to start a week later, but did not take effect. Syrian army offensives continue unabated across the country, backed by Russian air strikes.

He told El Pais his troops were now close to fully controlling the northern city of Aleppo and were advancing towards the Islamic State stronghold of Raqqa province.

Once he has control of the country, Assad also said in the interview, the next step would be to form a national unity government that would lay the groundwork for a new constitution and general elections.