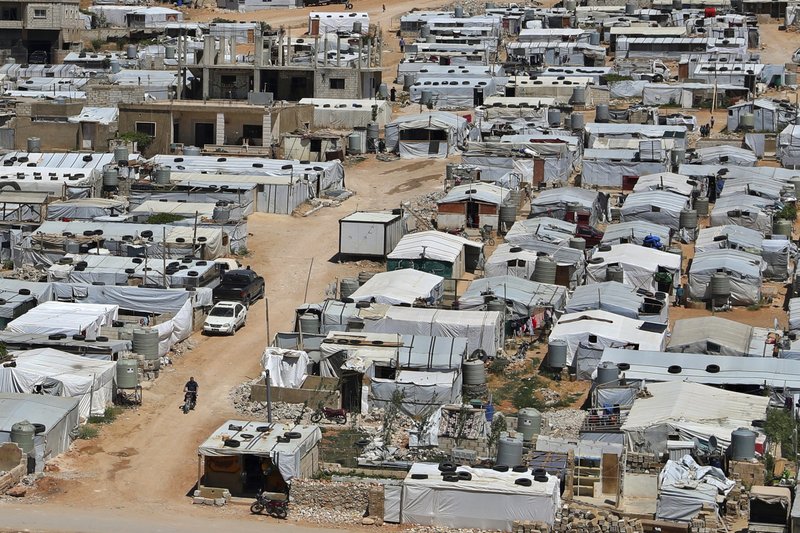 BEIRUT (AP) — Syria’s Kurdish-led forces on Friday ended a five-day sweep inside a sprawling camp in the country’s northeast housing families and supporters of the Islamic State group. The operation meant to curb relentless violence that had been going on for months in the camp.

A statement from the fighters said they arrested 125 extremists, including those blamed for dozens of crimes in recent months in al-Hol, which hosts tens of thousands of people.

Some 5,000 members of the Syrian Kurdish-led forces took part in the sweep, which started Sunday with the assistance of the U.S.-led coalition. The statement said the objective of the so-called “first phase” of the operation was to boost security at the camp and protect the population, including thousands of children, who could have been subjected to the extremist ideology of IS.

The Syrian Kurdish forces says at least 47 people were killed in violence inside the camp since the start of the year, while U.S. officials say it’s more than 60.

Many fear the camp, which initially housed refugees and is now home to 62,000 people from nearly 60 countries — mainly families of IS fighters — is becoming a breeding ground for the next generation of IS militants. Syrian Kurdish and U.S. officials have called for countries to repatriate their citizens languishing in the camp.

The statement said some IS militants had infiltrated the camp as civilians to “create an atmosphere … to continue with their acts terrorism.” Of those arrested, at least 20 are believed implicated in killings inside al-Hol.

The statement said that despite the arrests, the camp remains a threat as long as the international community does not acknowledge that foreign nationals residing in the camp need to be repatriated to their countries.

Al-Hol’s residents include wives and children of IS members, most of them held there since 2019 as the final coalition-led push against the militant group unfolded. At the time, family members and IS supporters holed up in areas once controlled by the group fled or were evacuated to al-Hol and other camps.

The Syrian Kurdish-led forces and the U.S.-led coalition announced victory against IS in March 2019, after the militants lost all their territorial holdings. Thousands escaped into the desert while others were detained and held in detention facilities.

More than 80 percent of the camp’s residents are women and children, two-thirds of them under the age of 12. The majority are Syrian and Iraqi but about 10,000 are from 57 other countries.

Pleas for more aid to Syria: ‘We don’t have nearly enough’

Syrian farmer lost wife and sons to war; grandchildren are his solace