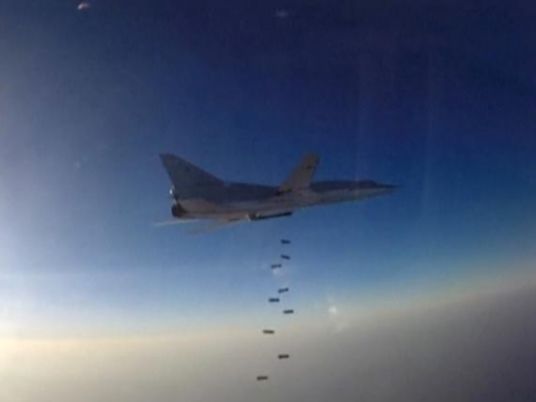 Russia's foreign minister Sergei Lavrov on Thursday accused Syrian rebels of preventing civilians from leaving areas of battle-scarred east Aleppo despite a humanitarian truce in Syria's second city.
In a phone call to his US counterpart John Kerry, Lavrov said the halt in fighting should give both civilians and rebels the opportunity to leave
However he told Kerry that "the rebels are violating the ceasefire and preventing the evacuation of the population", the Russian foreign ministry quoted him as saying in a statement.
Kerry confirmed that he had spoken with Lavrov without mentioning any discussion on Syria.
The phone call, initiated by Washington, is the seventh this month and came at the end of a day when the "humanitarian pause" in rebel-held east Aleppo took effect following weeks of heavy bombardment by Russia.
So far hardly anyone in the rebel-held areas has used the corridors established for civilians and rebels to, separately, leave the city.
The duration of the truce remained unclear. The Russian side had said it would last 11 hours on Thursday but Moscow later announced a 24-hour prolongation.
The United nations said Moscow would hold the ceasefire until Saturday evening.