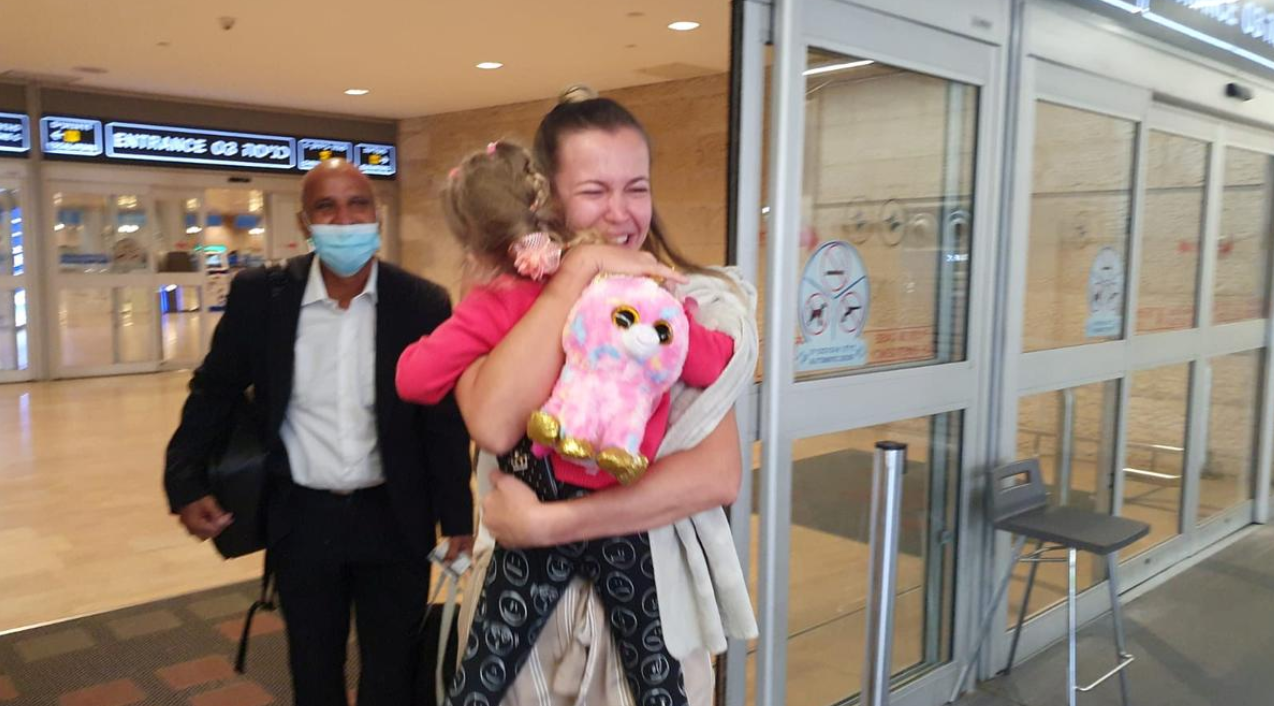 AFULA, Israel (Reuters) — Melaniya Petrushanska spent almost a sixth of her life in accidental exile after Israel sealed its borders while she was abroad on what was meant to be a short holiday.

The three-year-old daughter of Ukrainian immigrants had a tearful reunion with her parents this week after an Israeli airline agreed to bring her back, with a special escort, from Kyiv, where she had flown with her grandmother in January.

Return flights had dried up as Israel imposed closures to stem the spread of the pandemic — with initial success, though the country is now struggling with a resurgence.

Petrushanska’s mother Alona recalled how, speaking to her stranded daughter by video conference, she had explained that “the planes are sick […] that there was no way to return her because everyone was sick.”

Although Petrushanska was an Israeli citizen, her grandmother was not, which made it impossible for her to enter the country during lockdown on one of the few planes still available, Alona said.

The girl’s parents also felt marooned. Flying to Ukraine would have entailed two 14-day quarantines, there and upon returning. Alona said she and her husband could not afford that, given their shaky job prospects as Israel’s economy tanked.

Israir was the only airline that agreed to take such a young unaccompanied minor, Alona said. She added that Israir footed the bill for a representative assigned to escort the girl.

The fact Melaniya now has to self-isolate as a coronavirus precaution is shrugged off by the family, though she hankers for the outdoors.

“Now we are feeling great, because […] finally we are together after such a long and difficult period,” Alona said.

Image: Alona, hugs her three-year old daughter Melaniya Petrushanska, who spent almost a sixth of her life in accidental exile after Israel sealed its borders while she was a broad to stem the spread of the coronavirus disease (COVID-19), upon their reunion at Ben Gurion International Airport near Tel Aviv, Israel July 21, 2020. (Israir/Handout via REUTERS)

Israeli president lashes out at government, talk of election