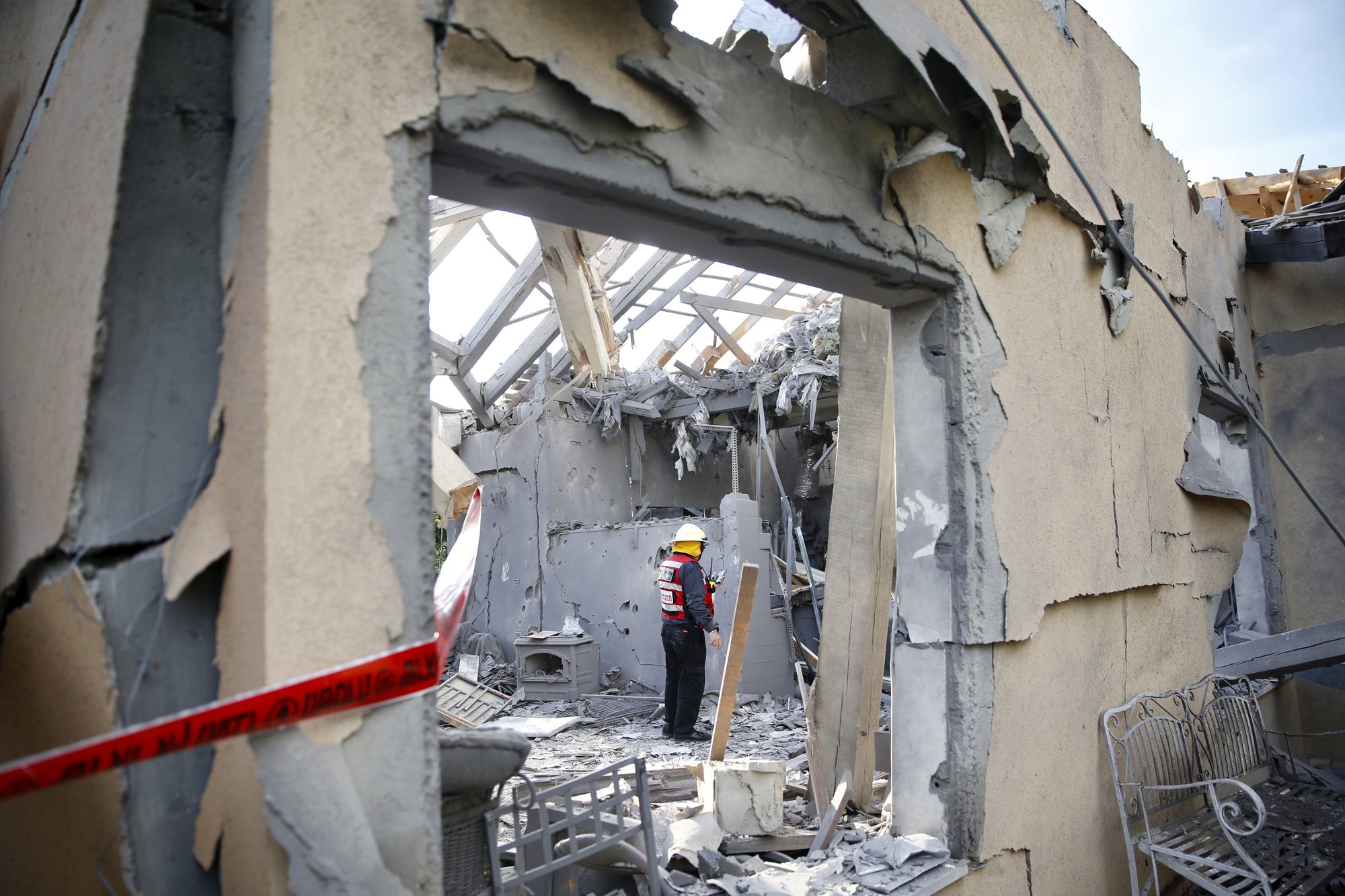 KFAR SABA, Israel (AP) — The Latest on developments in Israel and the Palestinian territories (all times local):

The World Health Organization has delivered medical supplies to the Gaza Strip to address the blockaded territory’s growing trauma and emergency care needs.

The organization said on Monday that the aid shipment, donated by the European Union, would cover the needs of up to 120,000 patients injured during demonstrations and protests.

It cited shortages of medical supplies in Gaza’s stressed health care system, exacerbated by recent hostilities. Close to 190 Palestinians have been killed by Israeli fire during Hamas-orchestrated weekly rallies along the Israel-Gaza border fence.

WHO says it’s scaling up its trauma care resources and appealing for funding ahead of a potential escalation and the one year anniversary of the protest movement at the end of the month.

A Palestinian journalist who exposed Gaza’s government corruption has been acquitted by a Hamas-run court in the coastal territory.

The 34-year-old Hajar Harb had appealed a six-month prison term and fine on charges of libel and slander over her reporting. Rights groups had criticized the case as a violation of free speech in the enclave.

Harb celebrated her acquittal Monday, calling it “the most beautiful thing.”

Rights groups charge that fair litigation is not guaranteed in Hamas’ judiciary system. Hamas seized control of Gaza from the Palestinian Authority in 2007.

The Israeli military says it is reinforcing troops along the Gaza border and calling up reserves after a rocket attack on an Israeli home.

Maj. Mika Lifshitz, a military spokeswoman, says two armor and infantry brigades were being mobilized and that there is a limited drafting of reserves underway following the attack early on Monday.

She says the military has concluded that Gaza’s militant Hamas rulers fired the rocket from one of their launching pads in the southern part of the coastal strip, near Rafah. She says it was a self-manufactured rocket with a range of 120 kilometers, or about 75 miles.

Netanyahu described Monday morning’s rocket launch that struck a home in central Israel as a “criminal attack” and vowed to strike back hard. He says he will return to Israel to handle the crisis shortly after meeting with President Donald Trump on Monday.

An Israeli rescue service said the rocket from the Gaza Strip struck a house in central Israel, wounding seven people.

The sounds of air raid sirens woke up the residents of the residential Sharon area, northeast of Tel Aviv, sending them scurrying to bomb shelters. A strong explosion followed.

An early morning rocket from the Gaza Strip has struck a house in central Israel on Monday, wounding seven people, raising concerns the attack could set off another round of violence shortly before the Israeli election.

The sounds of air raid sirens woke up the residents of the residential Sharon area, northeast of Tel Aviv, on Monday, sending them scurrying to bomb shelters. A strong sound of an explosion followed.

The Israeli military says it identified a rocket fired from the Gaza Strip. Israeli police say the rocket hit a residential home in the community of Mishmeret, north of the city of Kfar Saba, setting off a fire and destroying the house.

The Magen David Adom rescue service said it was treating seven people, including two women who were moderately wounded. The others, including two children and an infant, had minor wounds.

Photo: A firefighter inspects the damage to a house hit by a rocket in Mishmeret, central Israel, Monday, March 25, 2019. An early morning rocket from the Gaza Strip struck a house in central Israel on Monday, wounding six people, including one moderately, an Israeli rescue service said, in an eruption of violence that could set off another round of violence shortly before the Israeli election. (AP Photo/Ariel Schalit