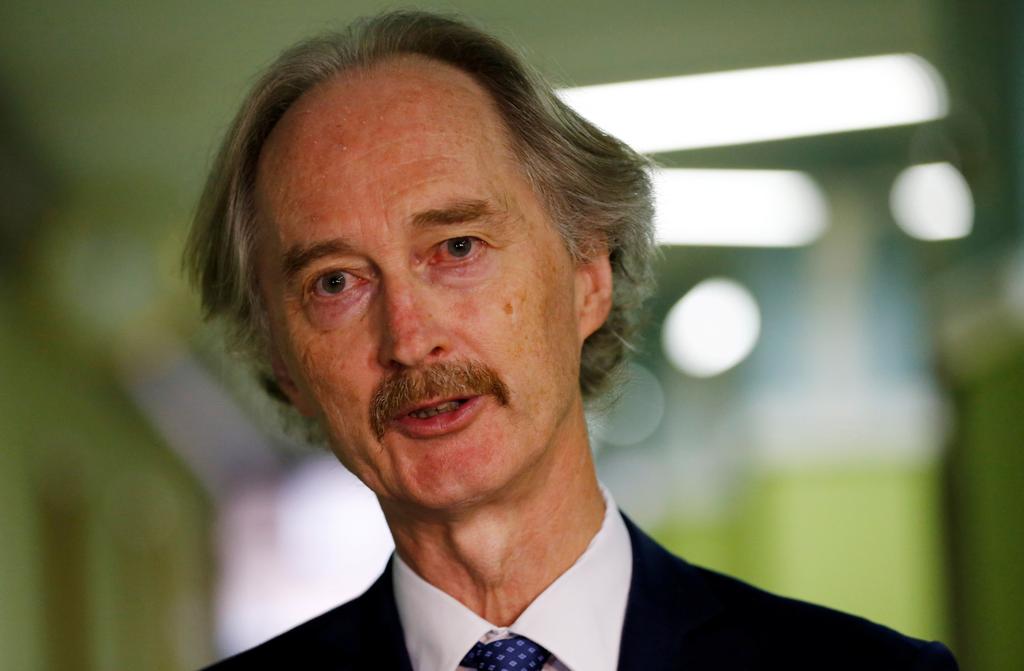 UNITED NATIONS (Reuters) – The Syrian government and opposition should move forward on large-scale prisoner exchanges to build confidence ahead of their first talks next month in more than a year, the United Nations special envoy for Syria said on Friday.

The UN announced on Monday the formation of a constitutional committee for Syria, a long-awaited step in a stalled peace process.

UN officials say such a committee is key to political reforms and new elections meant to unify Syria and end a war that has killed hundreds of thousands and displaced about half of the pre-war 22 million population.

“After eight and a half years of war and conflict we actually have some positive news,” envoy Geir Pedersen told Reuters in an interview on the sidelines of the UN General Assembly.

“This is a deeply divided society, there is a lack of trust, obviously between the two parties, but there is also a lack of trust between Syria and the international community,” Pedersen said. “So hopefully the constitutional committee can be a first step in the right direction.”

According to a letter sent to the Security Council from UN Secretary-General Antonio Guterres, dated Thursday, and seen by Reuters, the committee will meet under UN auspices in Geneva on Oct. 30.

A congress convened by Russia, a leading ally of President Bashir al-Assad, asked the United Nations to form a committee to draft a new constitution after many rounds of talks to end the war had failed.

The body will compromise 150 people, split three ways between the government, opposition and civil society with each side selecting 15 people to prepare and draft constitutional proposals.

“One important confidence building measure … the release of abductees and detainees … in my opinion it hasn’t been at the scale we really need to send a proper message,” Pedersen said.

“If we do this at scale … together with the constitutional committee and other aspects of changes on the ground in Syria, it will send an important message that a new beginning for Syria is possible.”

Successive UN envoys have failed to stop Syria’s civil war. Pedersen, the fourth man in the job, has started with the constitutional committee, a modest effort compared with former UN Secretary-General Kofi Annan’s attempt to reach a peace agreement at an international conference in 2012.

Pedersen acknowledged that there will be “a lot of cynicism.”

“Questions will be asked why is it different this time? Why will this not just be another round of futile discussions in Geneva? But … this is the first time that we actually have an agreement between the two parties,” he said.

“I’m the first one to admit this will not be easy,” he said.

(This story has been refiled to delete extraneous word “the” in first paragraph.)

Rival UN resolutions on Syria cease-fire go down to defeat