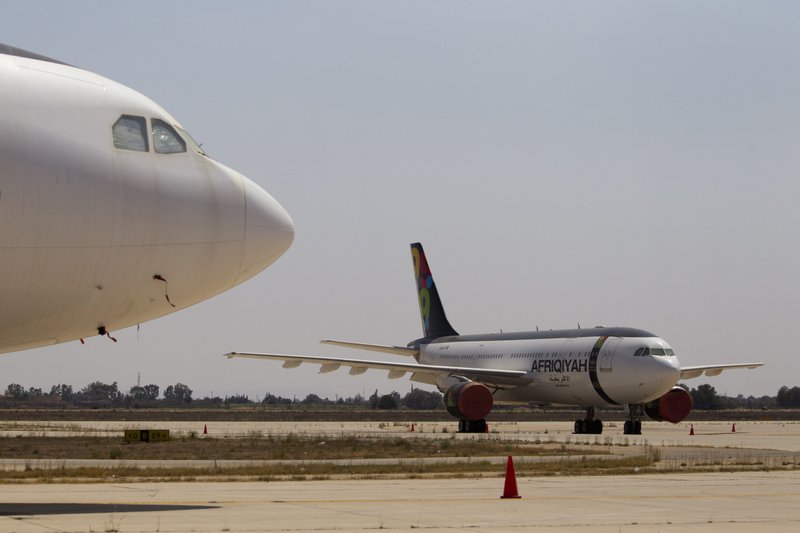 BENGHAZI, Libya (Reuters) – An eastern Libyan military plane was hit on Sunday by forces allied to the internationally recognized government near the capital Tripoli, both sides said.

The Libyan National Army (LNA) commanded by Khalifa Haftar, whose forces have been trying to take the Tripoli for a year, said its cargo plane was hit at Tarhouna, a town south of Tripoli which the LNA controls and uses as a main forward base.

LNA spokesman Ahmed Mismari said the plane was carrying medical supplies to fight the coronavirus outbreak, while the Tripoli forces said it had been carrying ammunition.

The UAE has been supporting the LNA, supplying them with Chinese-made Wing Loong drones that long gave them an aerial advantage over less powerful Turkish drones used by their rivals, according to UN experts, diplomats and analysts.

However, Turkey has recently been sending reinforcements to the GNA, which include air defense systems and new drones as well as military advisors, analysts say.

The LNA has been trying since last year to capture the capital Tripoli, seat of the internationally recognized Government of National Accord (GNA).

An escalation in the fighting could spell disaster for Libya’s already fragmented and badly stretched health system in handling the coronavirus, after authorities confirmed the first case of the disease in late March.

Image: FILE – In this Aug. 20, 2011, file, photo taken on a government-organized tour, airplanes are parked in the tarmac of the international airport in Tripoli, Libya. (AP Photo/Dario Lopez-Mills, File)