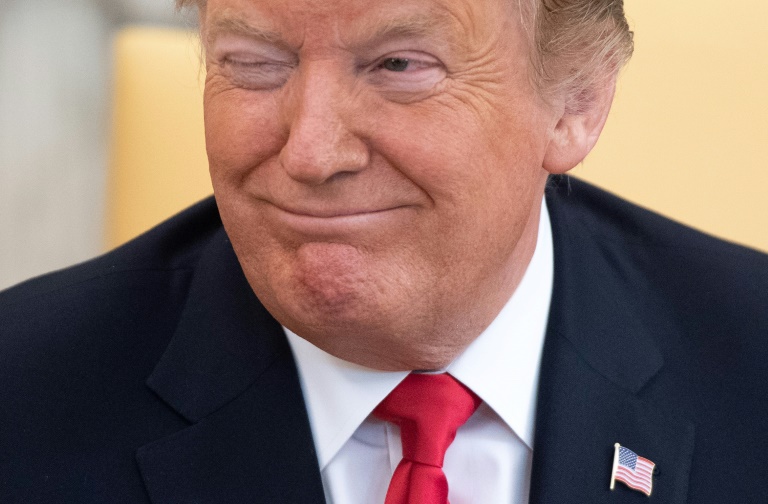 US President Donald Trump was jubilant Monday — but also looking for revenge — after the Russia collusion report cleared him in a huge boost for his re-election chances next year.

Trump could afford to be magnanimous in victory after spending two years trying to discredit special prosecutor Robert Mueller.

Asked if Mueller had behaved honorably as head of a probe that he’d previously likened repeatedly to a “witch hunt,” Trump answered: “Yes, he did.”

Trump also supported publication of the Mueller report, rather than just the short summary released late Sunday with a declaration that no evidence emerged to support allegations of collusion between the president’s 2016 election campaign and Russia.

“Wouldn’t bother me at all,” he told reporters at the White House.

The “no collusion” declaration took the wind out of Democrats’ sails, likely ending any immediate threat of impeachment for Trump, despite the many controversies and scandals still tainting his administration.

White House aides did not hide their glee, signaling that Trump is now free to hit the 2020 campaign trail with his message that an angry left conspired to try and bring down a leader too strong to be tackled any other way.

Speaking in the spring sunshine outside the West Wing, Trump advisor Kellyanne Conway told journalists she had two words for presidential foes: “Move on.”

The report summary released by Attorney General William Barr on Sunday cleared Trump of allegations that his Republican campaign worked with Russian agents to tilt the election result against Democrat Hillary Clinton.

It said that Mueller had been unable to make a final determination on whether Trump tried to obstruct justice by hampering the Russia probe. The report “does not exonerate him,” Barr quoted Mueller as saying on this point.

But in a sign that Trump now feels more than fully vindicated, he suggested that the investigators should themselves come under scrutiny.

“There are people out there who have done very bad things, I would say treasonous things against our country,” he said.

Trump is especially angry at former FBI director James Comey, whom he fired in 2017, and other law enforcement officials who he claims conspired against him.

The Democratic chairs of six House committees, including panels on the judiciary, oversight and finance, wrote to Barr demanding that the full report, underlying evidence and documents be delivered to Congress by April 2.

They also plan to press on with their probe of Trump through existing congressional investigations.

Senator Lindsey Graham, the Republican head of the Senate judiciary committee, promised a look at the “shady behavior” of Democrats during the 2016 election.

And Trump’s son Eric echoed a growing outcry on the right of the Republican Party by taking aim at the media, demanding a “simple apology” from seven major news organizations, including The New York Times and CNN.

On Thursday, Trump will be back on the campaign trail, addressing a rally of his most faithful fans in Michigan.

“Expect him to come ‘off the chain’,” Trump’s controversial former strategist Steve Bannon wrote to The Washington Post.

Despite the relief at the White House, the Mueller probe painted a deeply unflattering picture of the divisive and populist real estate tycoon-turned-politician.

Mueller established that Russians did try to influence the 2016 election by hacking Democratic Party computers and flooding social media with disinformation to harm Clinton.

The probe also brought new focus on Trump’s hidden business dealings with Russians, including a long-running push to build a Trump tower in Moscow. It emerged that negotiations continued well into his election year — despite claims by Trump that he had no such links.

Mueller issued criminal charges ranging from conspiracy to lying to investigators against 34 individuals.

Six of those were former insiders in Trump’s circle, and five have been convicted, including Trump’s former personal attorney Michael Cohen, his national security advisor Michael Flynn and his campaign chairman Paul Manafort.

Cohen was sentenced to three years in prison for crimes including, at Trump’s alleged instruction, using campaign funds for hush payments to an adult film star who allegedly had an affair with Trump.

And Manafort was imprisoned for 7.5 years, though mostly for crimes unrelated to the campaign.

With only a short summary made public by Barr, pressure is growing from Democrats for the entire probe to be released. However, Barr may declare parts of the report off limits for legal reasons.

Senator Graham said he would be talking to Barr and “I hope soon to have as much of the report released as possible.”

US on edge for Russia probe findings on Trump