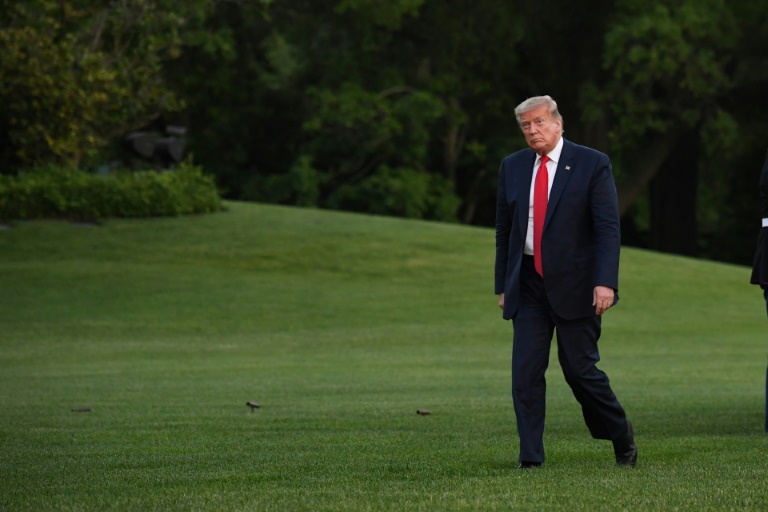 US President Donald Trump said Saturday he will delay the G7 summit scheduled to take place in June and invite other countries — including Russia — to join the meeting.

“I don’t feel that as a G7 it properly represents what’s going on in the world. It’s a very outdated group of countries,” Trump told reporters on Air Force One.

He said he would like to invite Russia, South Korea, Australia and India to join an expanded summit in the fall.

It could happen in September, either before or after the UN General Assembly, Trump said, adding that “maybe I’ll do it after the election.”

Americans head to the polls in early November to choose a new president, with Trump keen for a return to normalcy from the coronavirus pandemic and a healthy economy as voters cast their ballots.

Describing the event as a “G-10 or G-11,” Trump said he had “roughly” broached the topic with leaders of the four other countries.

Leaders from the Group of Seven, which the United States heads this year, had been scheduled to meet by videoconference in late June after COVID-19 scuttled plans to gather in-person at Camp David, the US presidential retreat outside Washington.

Trump created suspense just over a week ago, however, when he announced that he might hold the huge gathering in-person after all, “primarily at the White House” but also potentially parts of it at Camp David.

“Considering the overall pandemic situation, she cannot agree to her personal participation, to a journey to Washington,” her spokesman said Saturday.

Her response followed ambivalent to vaguely positive reactions to the invitation from Britain, Canada and France.

The 65-year-old chancellor is the oldest G7 leader after Trump, who is 73. Japan’s Shinzo Abe, also 65, is several months younger than Merkel. Their age puts them at higher risk from the coronavirus.

Russia was thrown out of what was the G8 in 2014 after it seized Ukraine’s Black Sea peninsula of Crimea, an annexation never recognized by the international community.

The work of the G7 is now more important than ever as countries struggle to repair coronavirus-inflicted damage.

The White House had previously said the huge diplomatic gathering would be a “show of strength” when world economies are gradually reemerging from shutdowns.

The virus is progressing at different speeds across the globe, with infection numbers falling in many of Europe’s most affected countries.

Trump’s announcement came after he flew to Florida earlier in the day to watch the first launch of a commercial company rocket to carry humans into orbit, ushering in a new era in space travel.

The launch was a rare bright spot in the United States Saturday as clashes broke out and major cities imposed curfews amid ongoing protests over the death of George Floyd, an African American who died after a police officer knelt on his neck for nearly nine minutes.

The demonstrations are taking place against the ongoing US coronavirus crisis: The United States is the worst-hit country for COVID-19 infections, recording more than 1.7 million cases and over 103,680 deaths.

Meanwhile the number of workers filing for jobless benefits since the virus arrived in country passed 40 million earlier in the week.

Image: AFP / Eric BARADAT US President Donald Trump, pictured May 30, has said he would like to invite Russia, South Korea, Australia and India to join an expanded summit in the fall

Merkel a 'no' for Trump's in-person G7 summit