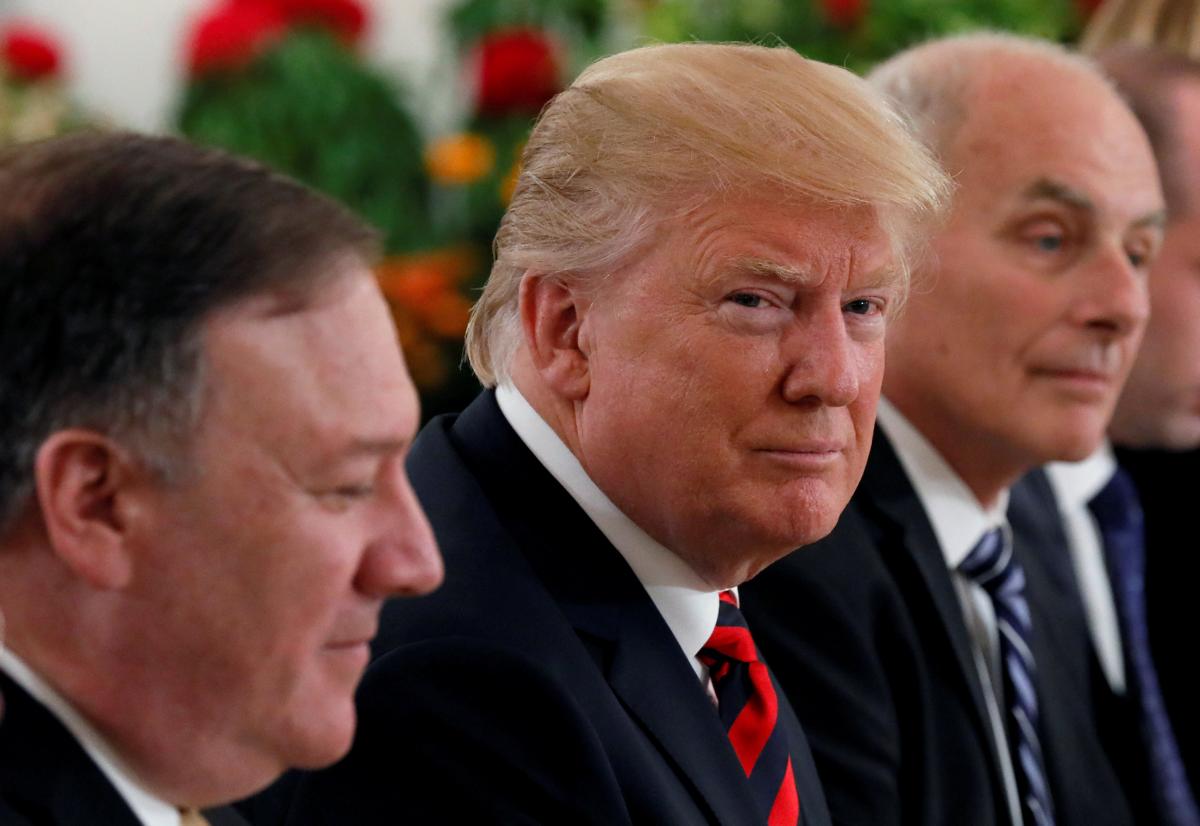 The Trump administration is quietly pushing ahead with a bid to create a new security and political alliance with six Gulf Arab states, Egypt and Jordan, in part to counter Iran’s expansion in the region, according to US and Arab officials.

The White House wants to see deeper cooperation between the countries on missile defense, military training, counter-terrorism and other issues such as strengthening regional economic and diplomatic ties, four sources said.

The plan to forge what officials in the White House and Middle East have called an “Arab NATO” of Sunni Muslim allies will likely raise tensions between the United States and Shi’ite Iran, two countries increasingly at odds since President Donald Trump took office.

The administration’s hope is that the effort, tentatively known as the Middle East Strategic Alliance (MESA), might be discussed at a summit provisionally scheduled for Washington on Oct. 12-13, several sources said.

The White House confirmed it was working on the concept of the alliance with “our regional partners now and have been for several months.”

Saudi officials raised the idea of a security pact ahead of a Trump visit last year to Saudi Arabia where he announced a massive arms deal, but the alliance proposal did not get off the ground, a US source said.

Sources from some of the Arab countries involved also said they were aware of renewed efforts to activate the plan. Officials from other potential participants did not respond to requests for comment.

“MESA will serve as a bulwark against Iranian aggression, terrorism, extremism, and will bring stability to the Middle East,” a spokesperson for the White House’s National Security Council said.

The spokesperson declined to confirm that Trump would host a summit on those dates and sources cautioned that it remains uncertain whether the security plan will be finalized by mid-October.

Similar initiatives by previous US administrations to develop a more formal alliance with Gulf and Arab allies have failed in the past.

The alliance would put emphasis on Gulf heavyweights Saudi Arabia and the United Arab Emirates working closer together with the Trump administration on confronting Iran.

It is unclear how the alliance could immediately counter Tehran but the Trump administration and its Sunni Muslim allies have joint interests in the conflicts in Yemen and Syria as well as defending Gulf shipping lanes through which much of the world’s oil supplies are shipped.

A senior Iranian official told Reuters that “under the pretext of securing stability in the Middle East, Americans and their regional allies are fomenting tension in the region.” He said the approach would have “no result” beyond “deepening the gaps between Iran, its regional allies and the US-backed Arab countries.”

Potentially a big obstacle to the planned alliance is a 13-month-old rift pitting Saudi Arabia and the UAE against Qatar, home to the largest US air base in the region. Other Arab nations have accused Qatar of supporting terrorism, which it denies.

While one source said the administration is concerned the quarrel could be an obstacle to the initiative, he and an Arab official both said Riyadh and Abu Dhabi had assured Washington the rift would not pose a problem to the alliance.

The NSC spokesperson denied the rift was a hurdle.

As Trump pursues his “America First” policy, the White House is eager to have US allies worldwide shoulder more of the burden in confronting regional security threats.

The UAE is ready to deploy more troops across the Middle East to counter its foes as it believes it can no longer rely on Western allies like the United States and Britain, UAE minister Anwar Gargash said on Thursday.

Setting up a regional anti-missile defense shield, which the United States and Gulf countries have discussed for years without result, would be a goal for the alliance, a source familiar with the plan said, as well as training to upgrade the countries’ militaries.

Tension with Iran has increased since Trump announced in May that the United States was pulling out of a 2015 international deal to limit Tehran’s nuclear ambitions.

On Monday, Iran dismissed a warning from Trump that it risked dire consequences “the likes of which few throughout history have suffered before” if it made threats against the United States.

US to hit NATO-ally Turkey over detained pastor, Trump says

Iranian general warns Trump: 'War will destroy everything you own'