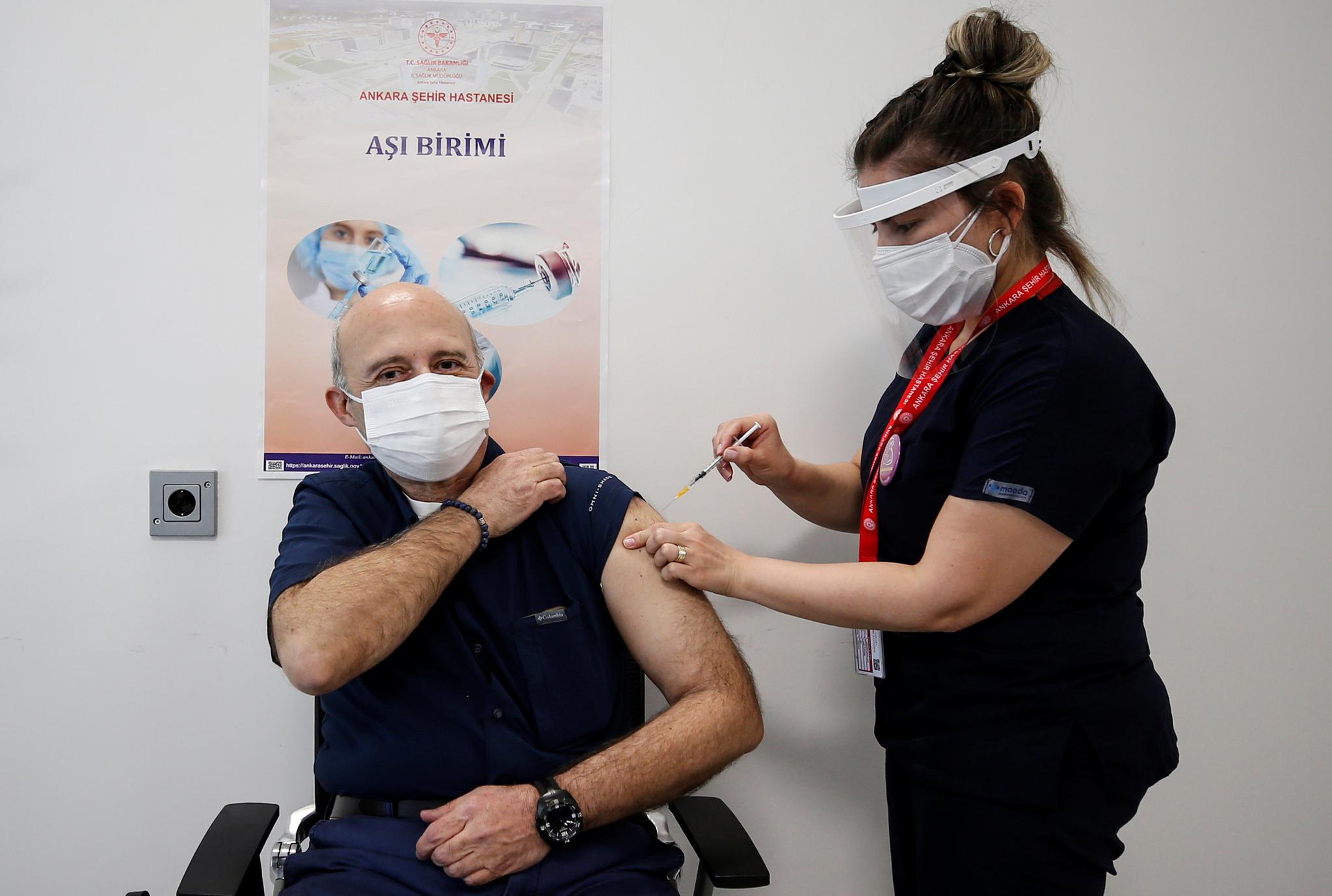 Turkey has so far delivered nearly 16.6 million doses of the vaccine developed by China’s Sinovac Biotech, including two shots each for about 7.1 million people and one shot each so far for about 2.4 million people.

The rollout has so far included those over 60 years of age, health personnel and other priority groups.

A total of 2.8 million doses of the Pfizer vaccine have arrived in Turkey, with that number expected to reach 4.5 million in the coming days, Health Minister Fahrettin Koca said on Wednesday.

People can choose which vaccine they would like to receive when their turn comes, Koca said, adding that the aim is to vaccinate a majority of the population by June.

Emre Yavuz said he and his wife received the Pfizer/BioNTech vaccine because their daughter studies in Europe, which he said may not allow in those who receive the Sinovac vaccine.

“There is a debate in the European Union about whether to accept this (Sinovac) or not. Therefore, I chose this to be on the safe side,” he said, after receiving his first shot at the Ankara City Hospital.

Turkey recently imposed new weekend lockdowns in most provinces, as cases reached all-time highs nationwide. On Friday, 42,308 new cases were recorded, the highest level since the beginning of the pandemic.

The total number of cases stood just above 3.4 million as of Friday, with the death toll at 31,892.

Turkey currently ranks fifth globally for daily cases based on a seven-day average, according to a Reuters tally.

Rumors of vaccine tourism in Dubai unfounded — for now