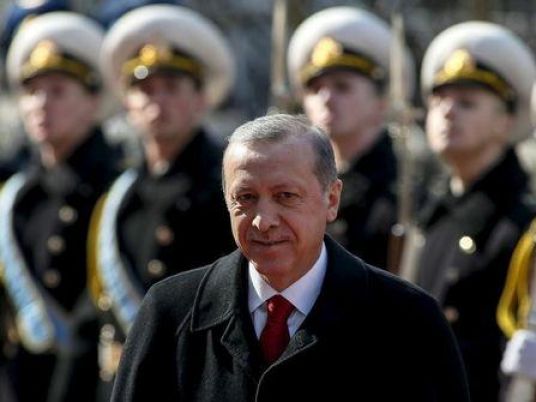 Defne Bayrak's husband was a suicide bomber who killed CIA operatives in a 2009 attack in Afghanistan. Now, she is among the hundreds of Turks using social media to show support for Islamic State militants in Syria and Iraq.
Turkey, a Sunni Muslim nation with a secular constitution, is a member, albeit reluctantly, of the US-led coalition against Islamic State. Most of its 77 million people are deeply opposed to the militant group's savage tactics.
But pockets of Turkish social media hum with pro-Islamic State activity and at least six websites provide daily updates on its self-declared caliphate, carved out in Syria and Iraq. An October survey by pollster Metropoll said up to 12 percent of Turks do not see the group as a "terrorist organization".
This sympathy is of growing concern to officials in Ankara, diplomats and security experts say, as they fear a network of fighters, recruiters and facilitators is being cultivated in Turkey to support Islamic State operations over the border.
Turkey has stepped up its efforts to destroy these networks but analysts say pushing the militants too far could lead to the EU candidate nation becoming a target itself, particularly ahead of June elections.
"From the beginning Turkey didn’t fully appreciate the danger of the Islamic State networks. Now it has become riskier to dismantle them," said Bahadir Dincer, Middle East Expert at the Ankara-based think-tank USAK.
"A Daesh (Islamic State) attack is the number one threat for Turkey at the moment … This is a huge risk for the government before the elections."
Bayrak, her Twitter page emblazoned with the Islamic State logo and pictures of the group's fighters riding on pick-up trucks, tweeted last week that she had "migrated to the land of the caliph".
"People said Islamic State accused people of being infidels, hanged and killed people. I have seen no such thing since my arrival," she said in one tweet. "My God would grant their successors the conquest of Rome," she said in another.
Foreign Minister Mevlut Cavusoglu has estimated that the number of Turks who have joined Islamic State is around 500-700, lower than from some European countries, although some diplomats put the number of Turks in the thousands.
US officials have estimated that as many as 15,000 foreign fighters are operating in Syria alone, including 3,000 Westerners, many of whom crossed through Turkey.
Crackdown
The Turkish authorities say they have blocked entry to Turkey to more than 7,000 would-be jihadists in recent years.
There have been dozens of detentions and deportations in recent months, most recently a British couple with four young children suspected of trying to travel to an Islamic State-controlled part of Syria.
But the crackdown, carried out under pressure from concerned European partners, has ratcheted up the risk that Turkey itself becomes a target for returning militants.
Halis Bayancuk, a Turkish cleric detained several times on suspicion of aiding al Qaeda, cautioned Ankara against taking a more active role in the US-led fight against Islamic State.
"I believe Turkey could be harmed because of it," Bayancuk, also known as 'Abu Hanzala', said in an apartment-turned-prayer room on a run-down street in Istanbul's Gunesli neighborhood.
"I wouldn't know what kind of harm. But if you team up with the West in their war … you'd lose all legitimacy in the eyes of the people of the Middle East."
Bayancuk was detained three times between 2008 and 2014 on suspicion of being a leading member of al Qaeda in Turkey.
Turkish media have said the 31-year-old is suspected of fund raising for militant groups and of helping foreign fighters pass into Syria. He vehemently denies that his small community of followers, many of whom read his sermons and articles online, has links to either al Qaeda or Islamic State.
While the website Bayancuk writes for does not praise Islamic State or militant Islamist groups, other sites still accessible in Turkey openly do, despite new laws which the government has used to block access to Twitter, Facebook and other content it deems inappropriate.
Turkey's challenge, diplomats say, is balancing the need to fulfill its obligations to its Western and regional allies without making itself a target for insurgents who control swathes of territory just over its southern borders.
"If Turkey starts doing harm to these networks, some of which are fully operational, there would be a backlash, and they're afraid of that," said one Western diplomat.