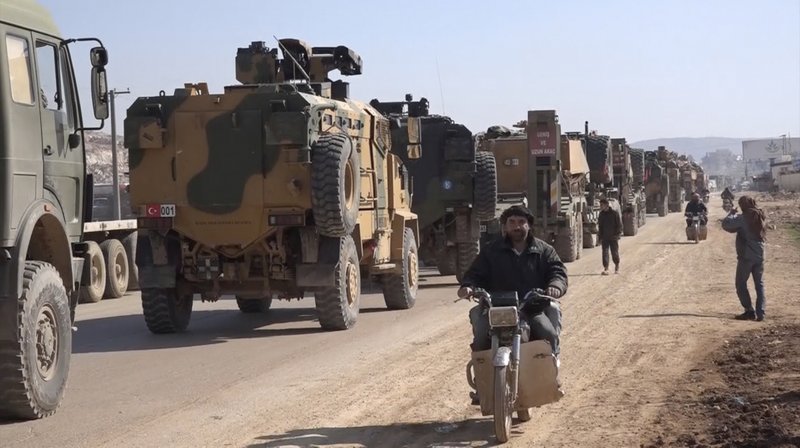 ANKARA (Reuters) – Turkey has fulfilled its responsibilities in the northwestern Syrian region of Idlib in line with its de-escalation agreements with Russia and Iran, Vice President Fuat Oktay said on Saturday, after violence spiked in recent weeks.

Turkey and Russia, which back opposing sides in the conflict, agreed in 2018 to set up a de-escalation zone in the region. But a Syrian government offensive has disrupted Ankara and Moscow’s fragile cooperation, after 13 Turkish soldiers were killed by Syrian attacks in the past two weeks.

Ankara has said it will use military power to drive back the Syrian forces unless they withdraw by the end of February. President Tayyip Erdogan threatened to strike Syrian government forces anywhere in Syria if another Turkish soldier was hurt.

Russia, which backs Syrian President Bashar al-Assad, says Turkey has flouted deals it made with Moscow and aggravated the situation in Idlib. The Kremlin said Ankara had failed to neutralize militants there.

Oktay told broadcaster NTV that Turkey was determined to stop Syrian government advances in Idlib and Ankara had clearly conveyed its position on Idlib to Moscow during the talks.

“We cannot overlook the cruelty happening in our neighbor,” Oktay said, adding that Turkey, which hosts more than 3.6 million Syrian refugees, cannot handle a new migrant wave from Idlib where hundreds of thousands have been displaced.

“Turkey has fulfilled its responsibilities in Idlib. Some of our observation posts have now fallen into areas controlled by the (Syrian) regime,” he said, referring to Turkey’s military observation posts established in Idlib under the 2018 deal.

In an apparent response to Russia’s criticism on Thursday, Turkish Defence Minister Hulusi Akar said Turkey would use force against rebel groups violating a Jan. 12 ceasefire in Idlib and said Ankara was sending reinforcements to control Idlib.