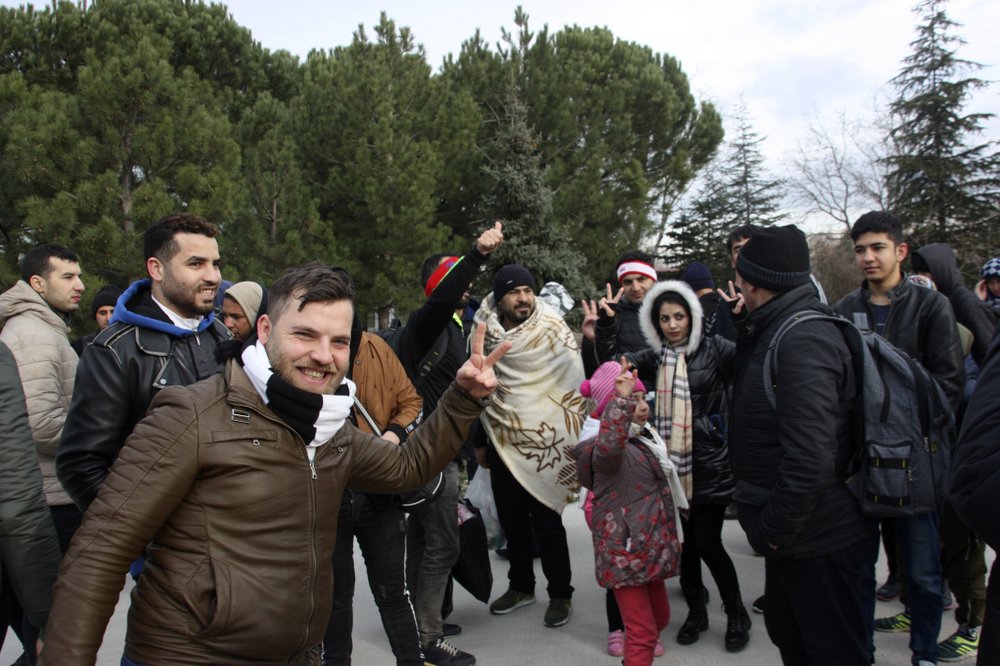 ANKARA/ISTANBUL (Reuters) — Turkey will no longer stop Syrian refugees from reaching Europe, a senior Turkish official said, as Ankara responded on Friday to the killing of 33 Turkish soldiers in an air strike by Syrian government forces in Syria’s northwestern Idlib region.

The attack more than doubled Turkey’s military death toll in February in the region south of its border, and raised the prospect that President Tayyip Erdogan would launch a full-scale operation against Russian-backed Syrian government forces.

In anticipation of the imminent arrival of refugees from Idlib, Turkish police, coastguard and border security officials have been ordered to stand down on refugees’ land and sea crossings towards Europe, the Turkish official told Reuters.

“We have decided, effectively immediately, not to stop Syrian refugees from reaching Europe by land or sea,” said the official, who requested anonymity.

“All refugees, including Syrians, are now welcome to cross into the European Union.”

Turkish media showed video on Friday of migrants including some walking through fields with backpacks. Reuters was unable to verify the footage.

The pro-government Demiroren news agency reported some 300 migrants, including women and children, were walking northwest toward Turkey’s border with Greece.

Erdogan has repeatedly threatened to open the gates for migrants to travel to Europe. If it did so, it would reverse a pledge Turkey made to the European Union in 2016 and could draw Western powers into the standoff over Idlib and stalled negotiations between Ankara and Moscow.

Some one million civilians have been displaced near the Turkish border since December as Syrian government forces, backed by Russian air power, have seized territory from Turkey-backed Syrian rebels.

It has created the worst humanitarian crisis in a nine-year war that has already displaced millions and killed hundreds of thousands.

The United Nations and others have called for an immediate ceasefire, but three rounds of talks between Ankara and Moscow have failed to reach a deal, and the fighting has raged on.

Turkey has sent thousands of troops and heavy military hardware into Idlib in recent weeks, and Erdogan has warned that Turkey would repel Syrian President Bashar al-Assad’s forces unless they pulled back from Turkish observation posts in the region.

The air strike on Thursday raised Turkey’s military death toll to 54 so far in February in Idlib. The governor in Turkey’s border province said 32 other troops were wounded.

It was the highest death toll suffered by the Turkish military in a single attack since 1993, when Kurdistan Workers Party (PKK) militants killed 33 troops in Turkey’s Bingol province.

Turkey’s communications director, Fahrettin Altun, said that in retaliation, “all known” Syrian government targets were being fired on by Turkish air and land support units, though details were unclear.

Russia’s Defence Ministry said on Friday the Turkish troops hit by shelling should not have been in that area and Ankara had not informed Moscow in advance about their location, the RIA news agency reported.

Amid the mounting crisis over Syria, Turkey’s lira slid to a 17-month low and its main stock index plunged 10% early on Friday even as authorities banned short selling across all Turkish shares.

Turkey already hosts some 3.7 million Syrian refugees and has repeated it cannot handle more. Under the 2016 deal, the European Union has provided billions of euros in aid in return for Ankara agreeing to stem the influx of migrants into Europe.

The burden of hosting refugees “is too heavy for any single country to carry”, the Turkish official also told Reuters.

Broadcaster NTV showed scores of refugees walking through fields wearing backpacks and said they had tried and failed to cross into Bulgaria before heading toward a Greece border crossing.

The 2016 EU-Turkey accord aimed to help end the chaotic arrival of migrants and refugees, most of them fleeing war and poverty in the Middle East, Africa and Asia, after more than a million reached Europe in 2015.

Under the agreement, migrants and refugees who cross the Aegean Sea illegally are sent back to Turkey. But Ankara has said funding from Europe was slow to materialize and paltry next to the $40 billion it says it has spent.

The UN has said the fighting in Idlib was having “catastrophic” humanitarian consequences with at least 134 civilians, including 44 children, killed in February, and schools and hospitals destroyed.

The State Department said the United States was very concerned about the reported attack on Turkish soldiers and stood by “our NATO ally Turkey”.

Image: Migrants react as they walk to the border gate of Pazarkule in Edirne, near the Turkey-Greece border, early Friday, Feb. 28, 2020 (AP Photo/Ergin Yildiz)