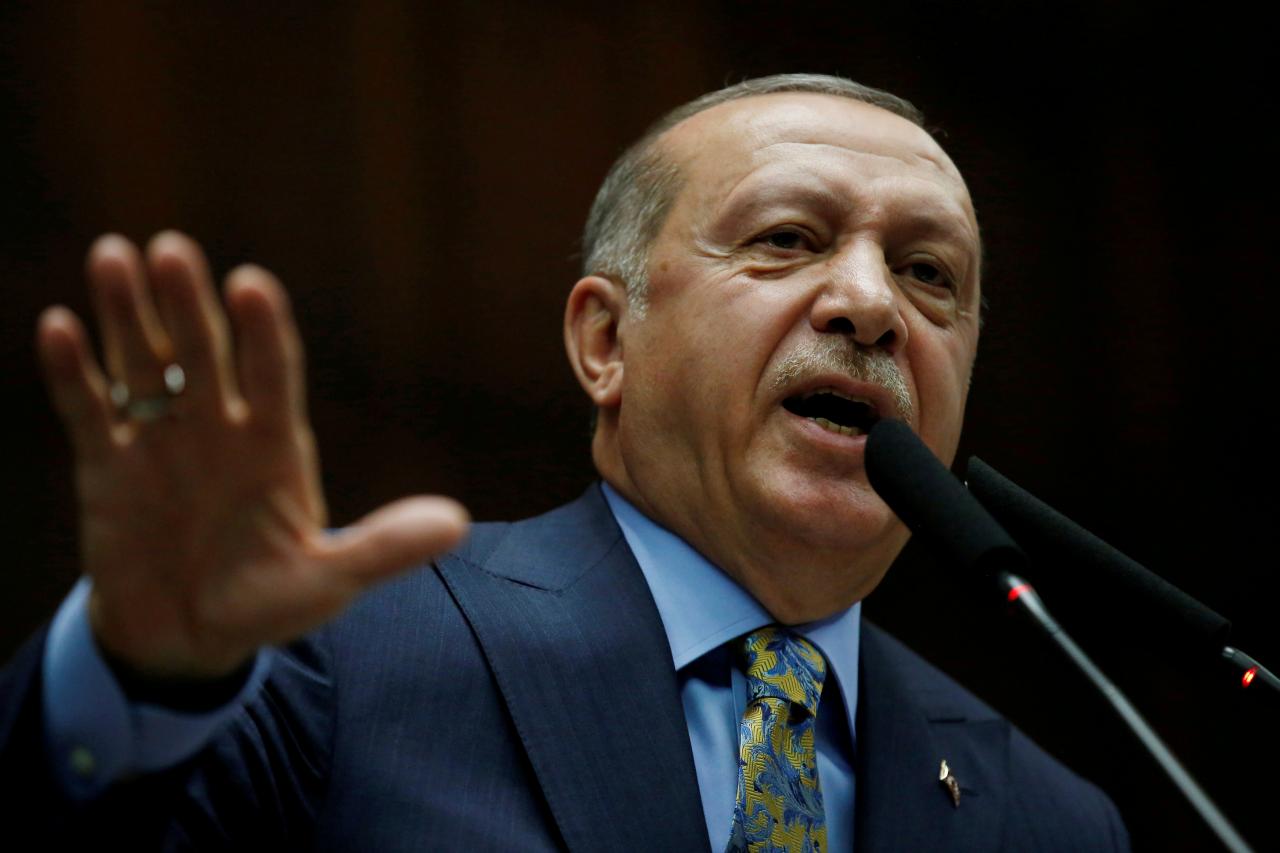 President Tayyip Erdogan said recordings related to the killing of Jamal Khashoggi, which Turkey has shared with Western allies, are “appalling” and shocked a Saudi intelligence officer who listened to them, Turkish media reported on Tuesday.

Khashoggi, a critic of de facto Saudi ruler Crown Prince Mohammed bin Salman, was killed in Saudi Arabia’s Istanbul consulate on Oct. 2 in a hit which Erdogan says was ordered at the “highest levels” of the Saudi government.

Six weeks after Khashoggi’s death, Turkey is trying to keep up pressure on Prince Mohammed and has released a stream of evidence that undermined Riyadh’s early denials of involvement.

Prince Mohammed won support on Tuesday from US National Security Adviser John Bolton, who said he did not think recordings of the killing shared by Turkey implicated the young crown prince.

Erdogan told reporters on his plane returning from a weekend visit to France that he discussed the Saudi journalist’s killing with the US, French and German leaders there, adding that Turkey had played the recording to at least six countries.

“The recordings are really appalling. Indeed when the Saudi intelligence officer listened to the recordings he was so shocked he said: ‘This one must have taken heroin, only someone who takes heroin would do this’,” he added.

Khashoggi’s murder has provoked global outrage but little concrete action by major powers against Saudi Arabia, the world’s largest oil exporter and a strong proponent of US policy to contain Iranian influence across the Middle East.

President Donald Trump has expressed reluctance to punish Saudi Arabia economically, citing its multi-billion-dollar purchases of military equipment and investments in US firms.

Bolton said he did not think that people who heard the recordings concluded that the crown prince was linked to the killing. “And certainly that is not the position of the Saudi government,” he said in Singapore.

Asked again if the audio tape provided by Turkey did not link Prince Mohammed to the killing in any way, Bolton said: “I haven’t listened to the tape myself but in the assessment of those who have listened to it, that is right.”

Bolton shares with Saudi Arabia a hawkish stance against Riyadh’s biggest Middle East rival Iran, and he championed Washington’s resumption of sanctions on the Islamic Republic.

The New York Times, in a report confirmed by a Turkish official, said a member of the Saudi team which was sent to Istanbul to kill Khashoggi told one of his superiors after the killing to “tell your boss” – which the newspaper said was believed to be a reference to Prince Mohammed.

The individual was identified as Maher Mutreb, who reports to an aide to the crown prince, Saud al-Qahtani. Mutreb was also quoted as saying words to the effect that “the deed was done”.

In his comments to reporters, Erdogan said it was clear the killing was planned and that the order came from the top level of Saudi authorities, but that he could not think such a thing of King Salman, for whom he has “limitless respect”.

“The crown prince says ‘I will clarify the matter, I will do what is necessary’. We are waiting patiently,” Erdogan said, adding that the perpetrators of the killing were among 18 suspects detained in Saudi Arabia.

“It must be revealed who gave them the order to murder.”

Saudi state media said King Salman sacked him and other officials over the killing, and a senior Saudi official said last month that Qahtani had been detained. But four sources based in the Gulf told Reuters this week that he was still at liberty and continued to operate discreetly.

“He still has the same influence,” one of the sources said. Qahtani has wielded that influence over the last three years, with his authority growing alongside that of the young prince.

He ran social media for Prince Mohammed, masterminded the arrest of hundreds of Saudi Arabia’s elite late last year in a campaign Riyadh said aimed at rooting out corruption, and took a harsh line against neighboring Qatar when Saudi Arabia imposed an economic boycott of the Gulf state in June 2017.

Turkey’s pro-government newspaper Sabah reported on Tuesday that the luggage of the Saudi team that was sent to Istanbul at the time of Khashoggi’s killing contained syringes, large scissors, staple guns, walkie-talkies, electric shock devices and a signal jammer.

It published photos of X-rays of bags taken as the Saudis passed through security checks at the airport when they left. Reuters could not immediately verify the Sabah report.

Saudi Arabia initially denied any knowledge or involvement in Khashoggi’s killing, but Saudi public prosecutor Saud al-Mojeb later said it was planned in advance. Another Saudi official said Prince Mohammed had no knowledge of the specific operation.