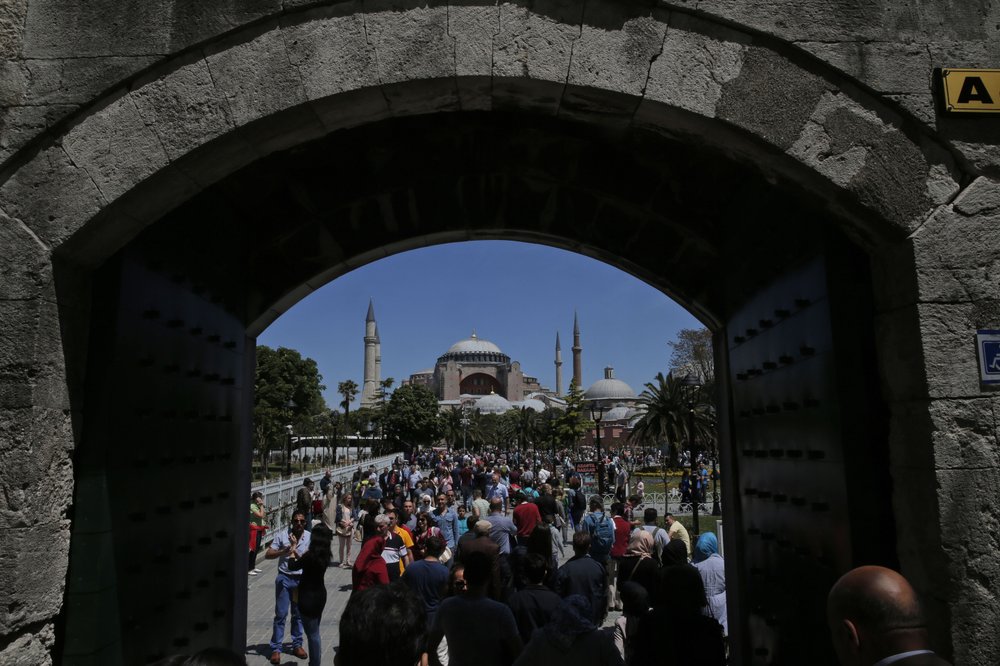 Turkey’s highest administrative court issued a ruling Friday that paves the way for the government to convert Istanbul’s iconic Hagia Sophia — a former cathedral-turned-mosque that now serves as a museum — back into a Muslim house of worship.

The Council of State threw its weight behind a petition brought by a religious group and annulled a 1934 cabinet decision that changed the sixth century building into a museum. The ruling allows the government to restore the Hagia Sophia’s previous status as a mosque.

Dozens of people who awaited the court’s ruling outside the Hagia Sophia jubilantly chanted “God is great!” when the news came out.

The decision was in line with the Turkish president’s calls to turn the hugely symbolic world heritage site into a mosque despite widespread international criticism, including from the United States and Orthodox Christian leaders.

The decision could deepen tensions with neighboring Greece, which also called on Turkey to maintain the structure’s status as a museum.

The religious group had contested the legality of the 1934 decision by the modern Turkish republic’s secular government ministers and argued that the building was the personal property of Ottoman Sultan Mehmet II, who conquered Istanbul in 1453.

The court ruled that Hagia Sophia was the property of a foundation managing the Sultan’s assets and was opened up to the public as a mosque.

Image: In this Sunday, May 10, 2015 file photo, visitors walk towards the Byzantine-era Hagia Sophia, an UNESCO World Heritage site and one of Istanbul’s main tourist attractions in the historic Sultanahmet district of Istanbul. Turkey’s Council of State, the country’s highest administrative court is expected Friday, July 10, 2020, to release a ruling on a petition requesting that a1934 decision that turned the Hagia Sophia into a museum be annulled.(AP Photo/Lefteris Pitarakis, FILE)