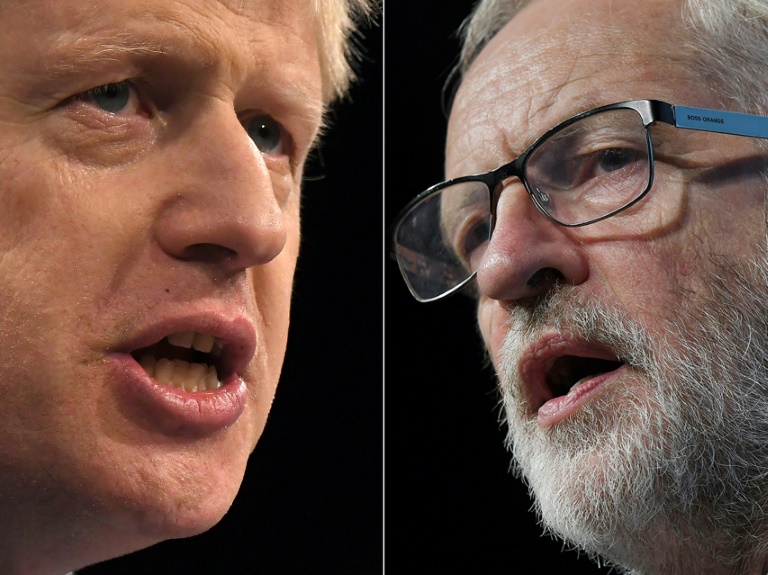 Twitter accused Britain’s governing Conservatives on Wednesday of misleading the public by rebranding themselves as fact-checkers during a live TV election debate, fueling concerns about trust in politics.

The account fired off real-time rebuttals during the prime-time debate in what the Conservative party argued was a necessary corrective to Labor’s “nonsense” claims.

But a Twitter spokeswoman warned that rules were in place to “prohibit behavior that can mislead people, including those with verified accounts”.

“Any further attempts to mislead people by editing verified profile information — in a manner seen during the UK election debate — will result in decisive corrective action,” she said.

As in other countries, social media is proving to be one of the key battlegrounds in Britain ahead of the December 12 election, but it can also be a conduit for rumor, misdirection and “fake news”.

The Archbishop of Canterbury, Justin Welby, on Wednesday warned that “we all have a responsibility to speak accurately, to challenge falsehoods when we hear them, and to be careful to separate facts from opinion”.

There are particular concerns in Britain after years of misleading claims, broken promises and toxic arguments about the country’s tortuous exit from the European Union.

The government has yet to publish a report into concerns of Russian interference in the 2016 Brexit referendum vote, despite its completion months ago.

And Johnson himself has a history of lying, including in the 2016 campaign.

He also drew criticism for refusing to acknowledge he would have to delay Brexit beyond October 31 for long after it became obvious.

For his part, Corbyn is accused of hiding his true views on Brexit and of betraying party members who accuse him of not doing enough to address anti-Semitism.

In a sign of the times, the studio audience in Tuesday’s debate laughed at Corbyn when he said his Brexit position was clear, and also at Johnson when he insisted that the truth was important.

Foreign Secretary Dominic Raab played down the move to rebrand the @CCHQPress account during Tuesday’s debate, saying it was part of the “cut and thrust” of social media.

“We’ve had all sort of nonsense thrown at the Conservatives, we’re going to be in the process… of having a really good instant rebuttal,” he told the BBC.

He noted that the words CCHQ were underneath the factcheckUK brand, and insisted: “No-one who looked at it for more than a split second would have been fooled.”

Asked about whether voters would be concerned, Raab said he had been out campaigning and “no-one gives a toss about the social media cut and thrust”.

But an independent fact-checking charity Full Fact said it was “inappropriate and misleading” for a party press office to take on the moniker of a fact-checking site.

“They weren’t putting out accurate information, they were putting out party lines, unlike a serious fact-checker giving sources,” chief executive Will Moy told BBC radio.

Tom Brake, an MP with the smaller opposition Liberal Democrats, said the tactic was “straight out of Donald Trump or Putin’s playbook”.

“The Tories are now resorting to deliberately misleading the public,” he added.

Johnson’s party has previously been criticized for putting out a video of a top Labour figure talking about Brexit, which had been edited to make him appear confused.

Labour MP David Lammy said the fact-check row showed “what disdain this party and this government has for the truth”.

“The Electoral Commission must investigate and punish this blatant attempt to deceive the public,” he said.

An Electoral Commission spokesman said it did not have a role in regulating election campaign content.

But he added: “We repeat our call to all campaigners to undertake their vital role responsibly and to support campaigning transparency.”