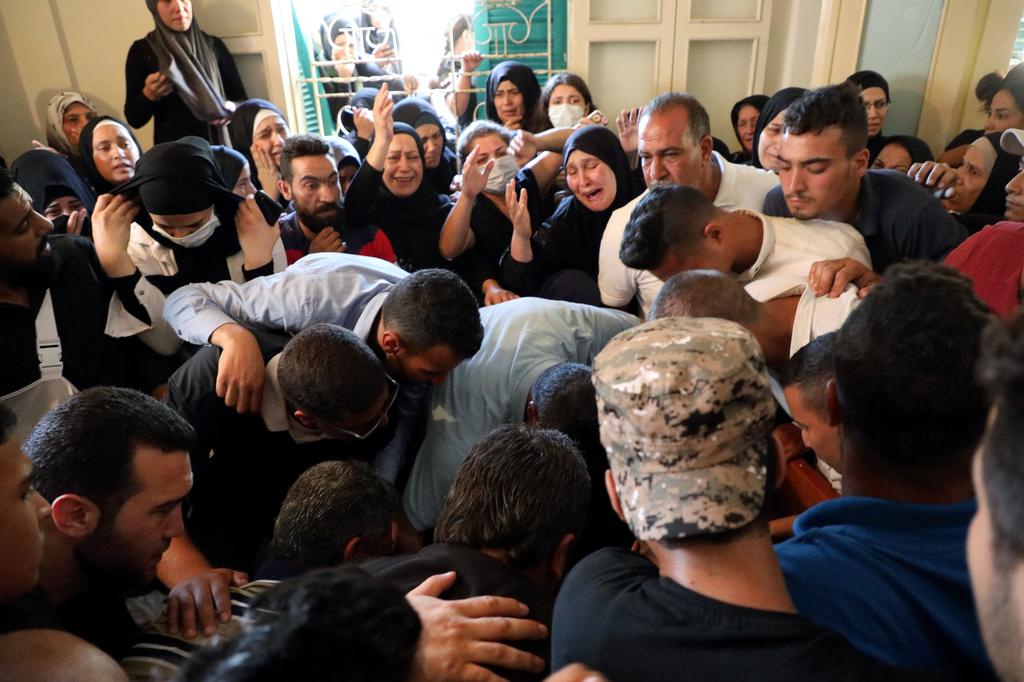 BEIRUT (Reuters) – Two people were killed and at least three wounded in clashes in a town south of Beirut, the Lebanese capital, on Thursday evening, the state news agency and a security source said, as several political parties urged calm.

The Lebanese army said on its Twitter account that it had deployed units to Khaldeh town to “control the situation” and restore calm.

The Lebanese army and the security source said gunfire was exchanged. Local media showed footage of heavy gunfire and fires blazing in buildings in the area.

The confrontation erupted after a row a few days ago over a banner marking the Shi’ite Muslim Ashoura religious ritual in an area where both Shi’ites and Sunnis reside, the security source, a second official and a senior official said. The Lebanese army also cited a dispute over the banner in their tweeted statement.

Several hours following the initial clashes, the senior official said tensions had calmed down. The Lebanese army said it had arrested four people in connection with the clashes.

Several political parties voiced concern over the incident as it continued to unfold, reflecting a country on edge amid fears it could escalate and compound Lebanon’s multiple crises amid a political vacuum.

Druze leader Walid Jumblatt, who has followers and influence in the Khaldeh area, said the highway to the south and the security of citizens in the area were paramount.

“It is forbidden for any party political or sectarian side to mess with the road and the region that is for everyone,” he wrote on Twitter.

Former prime minister Saad al-Hariri’s Future Movement, which counts among its followers many of the Arab Sunni Muslims in Khaldeh, issued a statement urging them to show restraint.

Image: Mourners react during the funeral of a boy who died during Thursday’s clashes, in Khaldeh, Lebanon August 28, 2020. REUTERS/Mohamed Azakir