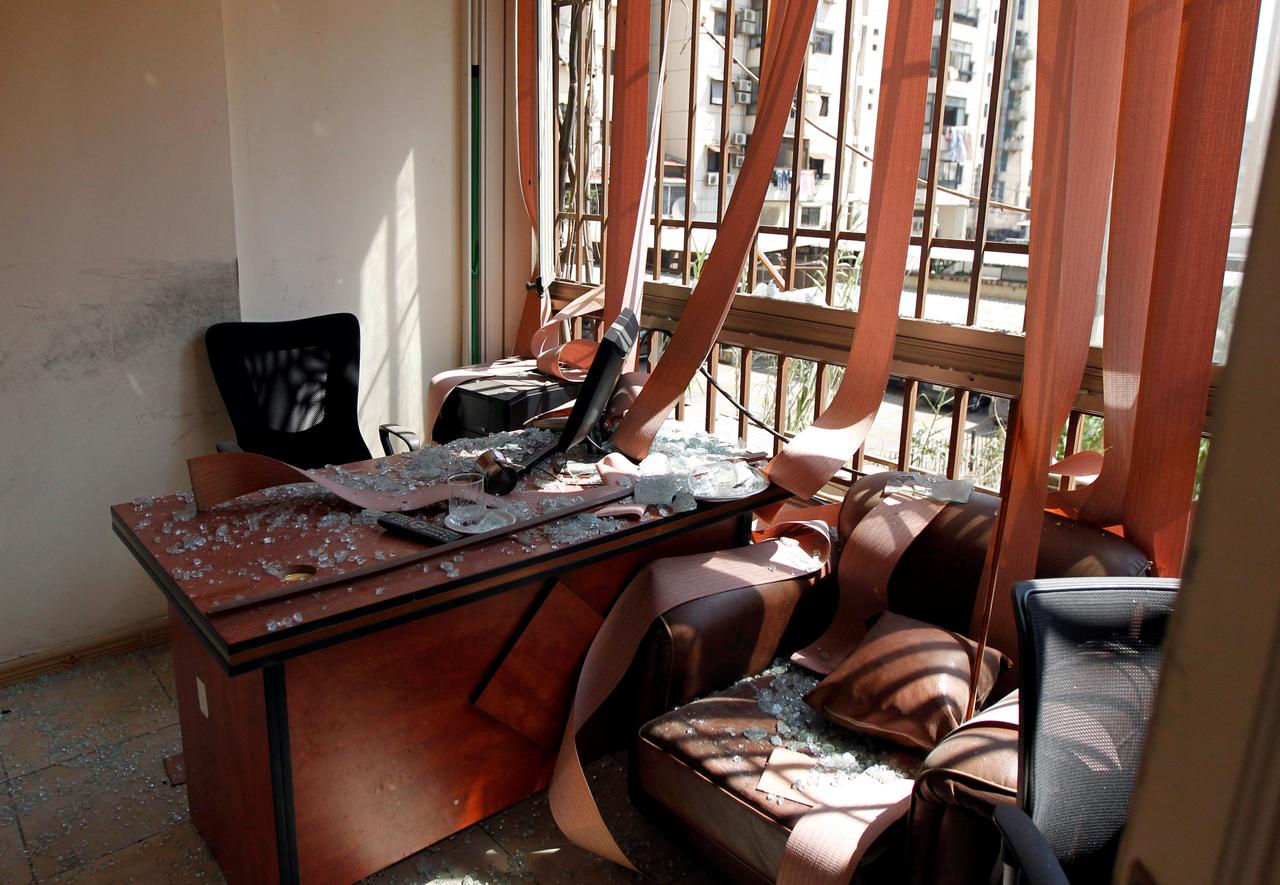 BEIRUT (Reuters) – An Israeli drone fell in the Hezbollah-dominated southern suburbs of Beirut and a second one exploded near the ground early on Sunday, the Lebanese army and Hezbollah said, in the first such incident in more than a decade.

The second drone caused some damage when it crashed before dawn close to Hezbollah’s media center in the Dahiyeh suburbs of Lebanon’s capital Beirut, a Hezbollah official told Reuters.

The incident took place hours after the Israeli military said its aircraft had struck Iranian forces and Shi’ite militias near Syria’s capital Damascus which it said had been planning to launch “killer drones” into Israel.

Residents in Dahiyeh said they heard the sound of a blast. A witness said the army closed off the streets where a fire had started.

The Lebanese army said that one Israeli drone fell and another exploded at 02:30 am local time (2330 GMT), causing only material damage.

“The army arrived immediately and cordoned off the area where the two drones fell,” it said.

Israel deems the heavily armed Shia Hezbollah movement, backed by Iran, as the biggest threat across its border. They fought a month-long war in 2006 in which nearly 1,200 people, mostly civilians, died in Lebanon and 158 people died in Israel, mostly soldiers.

Lebanon has complained to the United Nations about Israeli planes regularly violating its airspace in recent years.

Israel has grown alarmed by the rising influence of its regional foe Iran during the war in neighboring Syria, where Tehran and Hezbollah provide military help to Damascus.

Israel says its air force has carried out hundreds of strikes in Syria against what it calls Iranian targets and arms transfers to Hezbollah.

Syrian state media said air defenses confronted the “aggression” and the army said most of the Israeli missiles were destroyed.

Hezbollah leader Sayyed Hassan Nasrallah is scheduled to give a televised speech later on Sunday.

Image: Damage and glass from broken windows is seen inside Hezbollah media center after an Israeli drone fell in the Hezbollah-dominated southern suburbs and a second one exploded near the ground in Dahiyeh suburbs of Beirut, Lebanon August 25, 2019. REUTERS/Mohamed Azakir

Hezbollah cut down its forces in Syria: Nasrallah