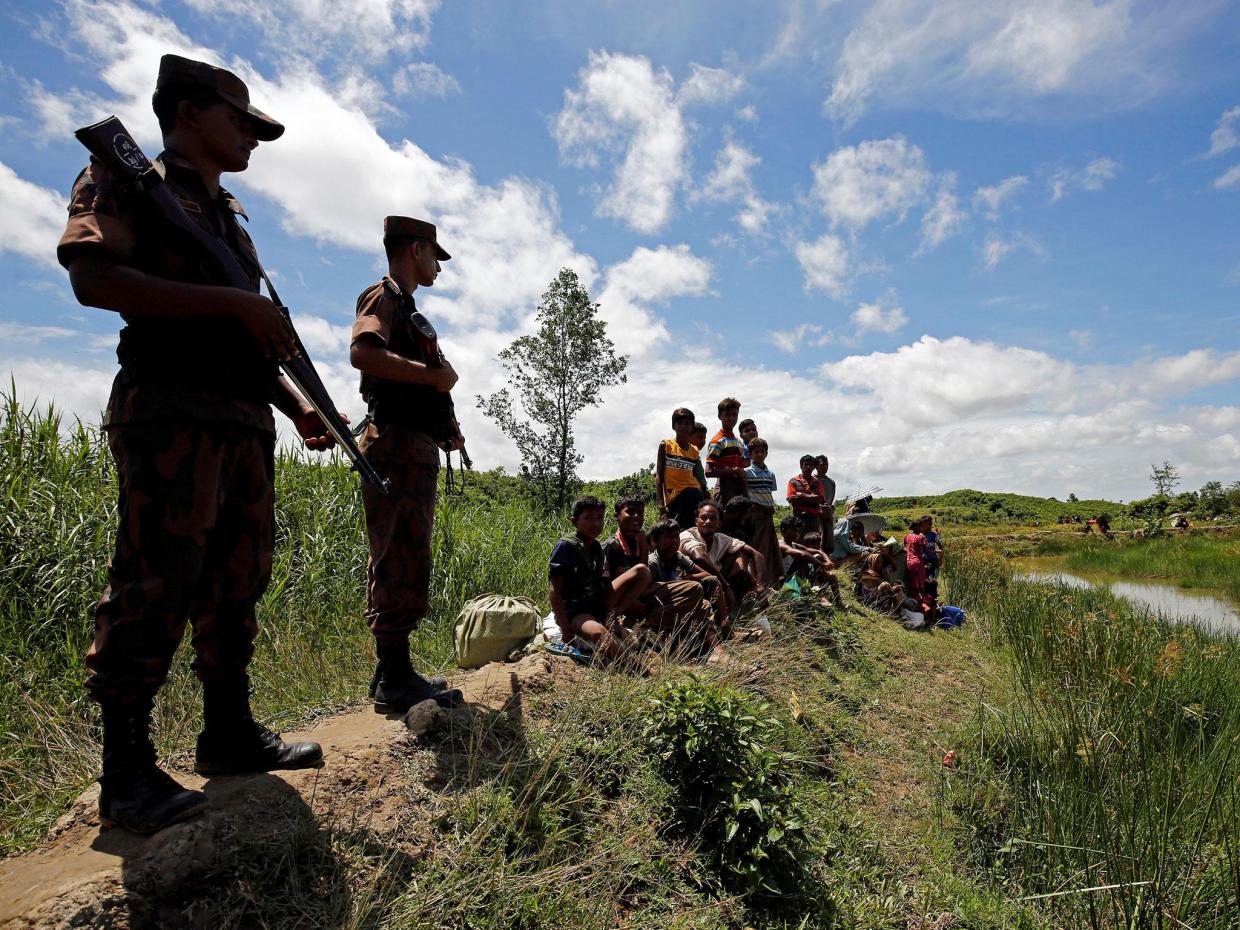 As new accounts emerged of atrocities in Rakhine state, where government forces claim to be targeting “terrorists,” Downing Street called on Myanmar’s government to permit access for aid agencies.

“We’ve been appalled by the inhumane violence that’s taken place in Rakhine State. It’s a major humanitarian crisis. It’s been created by Burma’s military and it looks like ethnic cleansing,” the spokesman said, using the traditional name for the country.

“Burmese authorities need to stop the violence and ensure access into Rakhine State so that UK aid can provide a lifeline to those who are suffering there.”

May’s criticism comes after the UN called the situation in Myanmar a “textbook example of ethnic cleansing,” and some observers have even accused the country’s military of overseeing genocide.

More than 615,000 Rohingya refugees have fled the country since August 25, according to aid agencies, pouring into neighboring Bangladesh, which has struggled to deal with the influx.

The refugees have escaped violent clashes in the north of Rakhine state, where Myanmar’s military has intensified what it calls “clearance operations” targeting “terrorists” after Rohingya militants attacked police posts, killing 12 security officials.

Many of the hundreds of thousands of Rohingya refugees who have escaped Myanmar have told of mass rape, murder and arson.

In a CNN report, refugees described surviving atrocities and horror before reaching the relative safety of the camps.

“They killed and killed and piled the bodies up high. It was like cut bamboo,” said Mumtaz, a Rohingya woman from the village of Tula Toli in western Myanmar, who woke up to find herself on a mound of charred bodies.

“In the pile there was someone’s neck, someone’s head, someone’s leg. I was able to come out, I don’t know how.”

Myanmar was colonized by the British in 1885 and did not gain its independence until 1948.

Myanmar’s de facto leader Aung San Suu Kyi’s father helped negotiate the country’s release from imperial control, and she was educated in the UK and married to a British citizen.

Suu Kyi has come in for intense international criticism for her handing of the Rohingya crisis, with calls for her to be stripped of her Nobel Peace Prize. Musician and activist Bob Geldof said this week he was handing back an Irish award also held by Suu Kyi in protest over her actions.

While London has long supported Myanmar’s democracy movement and figures like Suu Kyi, it also has links to the country’s military, which retained a large degree of power even as it transitioned the country to semi-civilian rule in 2015.

Earlier this year, the UK said it would suspend its training program for the Myanmar military because of the violence in Rakhine State “until there is an acceptable resolution to the current situation.”