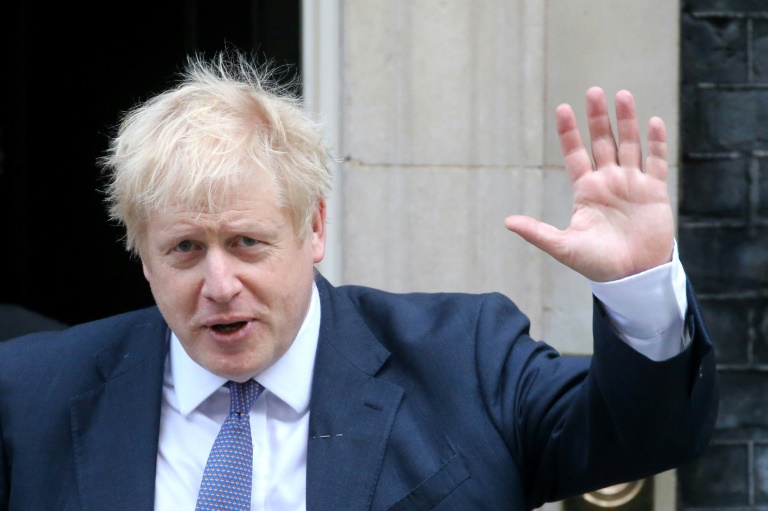 The British Prime Minister is expected to make a fresh attempt Tuesday to force an early election, despite MPs rejecting his plan, after the European Union agreed to postpone Brexit for up to three months.

MPs defeated a third attempt on Monday by Boris Johnson to call a snap poll, with the Conservative leader immediately announcing an alternative plan that could yet see an election in early December.

Johnson suffered a major setback earlier Monday when he was forced to agree to delay Britain’s departure from the European Union beyond this week’s October 31 deadline.

He had previously said he would rather be “dead in a ditch” than extend the tortuous Brexit process started by the 2016 EU referendum.

But he was required by law to ask EU leaders for what is the third postponement, after MPs refused to endorse the divorce terms he struck with Brussels earlier this month.

Johnson, who does not have a majority in parliament, sought to regain the initiative by calling an election for December 12, with a plan to persuade MPs to back his agreement before then.

His initial proposal was defeated late Monday in the 650-seat House of Commons, as he failed to muster the required two-thirds of support needed.

But he immediately put forward a follow-up plan to legislate for a poll on December 12 — which would require only a simple majority to pass.

He added: “We have a great new (Brexit) deal, and it’s time for voters to have a chance to pronounce on that deal and to replace this dysfunctional parliament with a new parliament that can get Brexit done.”

Commons Leader Jacob Rees-Mogg attempted to win support for a fresh election bid from two smaller parties by pledging to withdraw the bill that would implement the PM’s new Brexit deal.

The deal was backed by MPs in principal, but the legislation was put on hold last week after Mr Johnson failed in his attempt to fast-track it through the Commons in just three days.

With no overall Commons majority, Mr Johnson needs the votes of some opposition MPs, such as those from the Scottish National Party and the Liberal Democrats, to get an early general election even under the new measure.

The government hopes an election would break the political impasse, but the main opposition party Labour, which dislikes Johnson’s Brexit deal, will not back an election until the prime minister’s threat of leaving the EU with no deal at all is removed.

“This is a prime minister who cannot be trusted,” Labour leader Jeremy Corbyn told parliament. “Every promise this prime minister makes he abandons.”

More than three years after Britons voted 52-48 percent for Brexit in a 2016 referendum the country and parliament remain deeply divided over when, how and even whether to leave the EU.

The EU’s approval came just three days before the latest Brexit deadline, a decision held up by scepticism in France about giving yet more time to a deeply divided British parliament.

“The EU27 has agreed that it will accept the UK’s request for a Brexit flextension until 31 January 2020,” European Council President Donald Tusk said.

Johnson accepted the offer in a letter to Tusk and other EU leaders a few hours later, but made clear his reluctance.

He urged EU members states “to make clear that a further extension after January 31 is not possible. This is plenty of time to ratify our deal”.

Image: AFP / ISABEL INFANTES Johnson suffered a major setback when he was forced to agree to delay Britain’s departure from the European Union beyond this week’s October 31 deadline

Stop holding UK 'hostage', government says as it steps up pressure on parliament