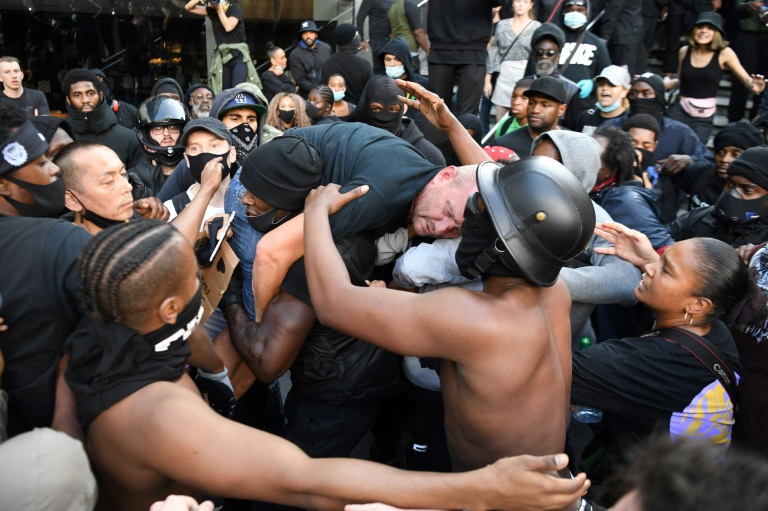 Prime Minister Boris Johnson said he was setting up a commission to look at “all aspects of inequality” following race protests across Britain.

Writing in the Telegraph newspaper on Monday, Johnson said there was “much more that we need to do” to tackle racism despite “huge progress”, and argued the “substance” of the problem needed to be addressed, rather than the “symbols”.

There have been Black Lives Matter demonstrations in cities across the United Kingdom since the police killing of George Floyd, an unarmed black man, in the United States on May 25, and Saturday saw far-right groups gather in London to counter the anti-racism demonstrators.

“It is time for a cross-governmental commission to look at all aspects of inequality –- in employment, in health outcomes, in academic and all other walks of life,” Johnson wrote in the article, which was also published online late on Sunday.

“We need to tackle the substance of the problem, not the symbols.”

Race campaigners have called for the removal of statues depicting some historical figures, and the toppling of a statue of the 17th-century slave trader Edward Colston in the southwestern port city of Bristol is considered a defining moment in Britain’s Black Lives Matter movement.

But Johnson insisted a bronze sculpture of wartime leader Winston Churchill — who some activists say was racist — outside the British parliament in Westminster should remain in place.

“We need to address the present, not attempt to rewrite the past – and that means we cannot and must not get sucked into never-ending debate about which well-known historical figure is sufficiently pure or politically correct to remain in public view,” the prime minister wrote.

Johnson condemned the “thugs” who gathered in central London on Saturday to “protect” the boarded-up statue of Churchill, which has been defaced in recent weeks.

“It was utterly absurd that a load of far-Right thugs and bovver boys this weekend converged on London with a mission to protect the statue of Winston Churchill,” the 55-year-old premier and Churchill biographer wrote.

“He was a hero, and I expect I am not alone in saying that I will resist with every breath in my body any attempt to remove that statue from Parliament Square, and the sooner his protective shielding comes off the better.”

Johnson suggested that instead of tearing down statues, more should be built of people regarded “worthy of memorial” by the current generation.

The Prime Minister has been branded racist himself following a 2002 article for the Telegraph in which he referred to black people as “piccaninnies” with “watermelon smiles”.

'Gone with the Wind' removed from HBO Max after racism protests