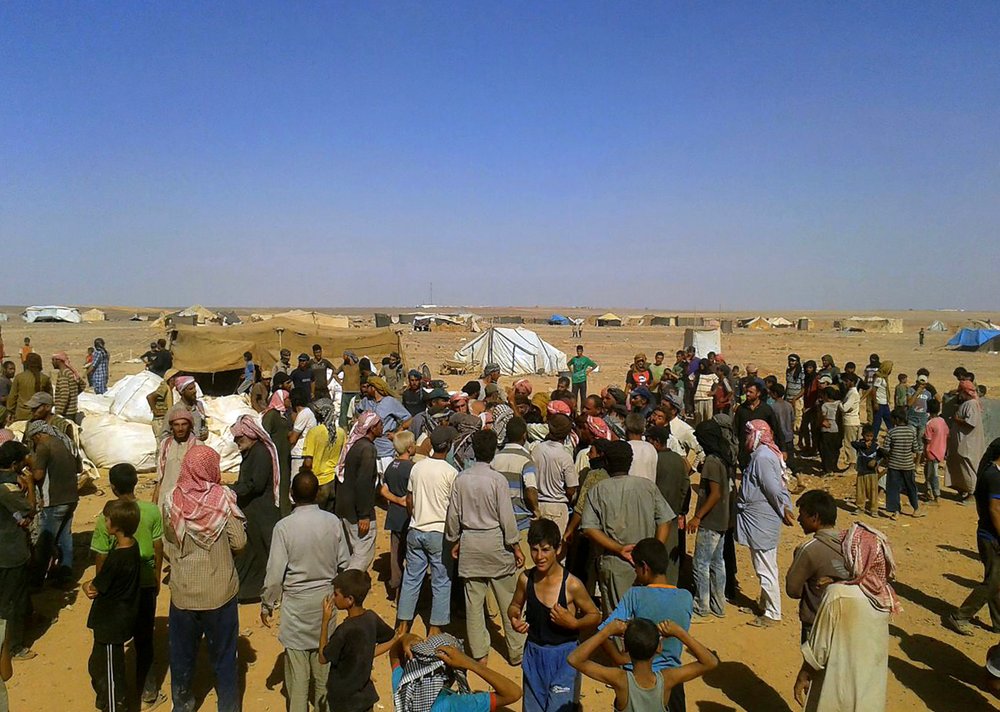 UNITED NATIONS (AP) — Russia scored a victory for its ally Syria on Saturday by forcing the Security Council to limit humanitarian aid deliveries to the country’s mainly rebel-held northwest to just one crossing point from Turkey, a move that Western nations say will cut a lifeline for 1.3 million people.

Russia argues that aid should be delivered from within the country across conflict lines, and says only one crossing point is needed.

UN officials and humanitarian groups argued unsuccessfully — along with the vast majority of the UN Security Council — that the two crossing points in operation until their mandate expired Friday were essential for getting help to millions of needy people in Syria’s northwest, especially with the first case of COVID-19 recently reported in the region.

The Security Council vote approving a single crossing from Turkey was 12-0, with Russia, China and the Dominican Republic abstaining.

The vote capped a week of high-stakes rivalry pitting Russia and China against the 13 other council members. An overwhelming majority voted twice to maintain the two crossings from Turkey, but Russia and China vetoed both resolutions — the 15th and 16th veto by Russia of a Syria resolution since the conflict began in 2011 and the ninth and 10th by China.

Germany and Belgium, which had sponsored the widely supported resolutions for two crossing points, finally had to back down to the threat of another Russian veto. The resolution they put forward Saturday authorized only a single crossing point from Turkey for a year.

In January, Russia also scored a victory for Syria, using its veto threat to force the Security Council to adopt a resolution reducing the number of crossing points for aid deliveries from four to two, from Turkey to the northwest. It also cut in half the yearlong mandate that had been in place since cross-border deliveries began in 2014 to six months.

Before adopting the resolution Saturday, the council rejected two amendments proposed by Russia, including one suggesting that US and European Union sanctions on Syria were impeding humanitarian aid. That contention was vehemently rejected by the Trump administration and the EU, which noted their sanctions include exemptions for humanitarian deliveries. It also rejected an amendment from China.

Russia’s deputy UN ambassador, Dmitry Polyansky, said after the vote that from the beginning Moscow had proposed one crossing — from Bab al-Hawa to Idlib — and that Saturday’s resolution could have been adopted weeks ago. He said Russia abstained in the vote because negotiations over the resolution were marred by “clumsiness, disrespect.”

Polyansky accused Western nations on the council of “unprecedented heights” of hypocrisy, saying they were ready to jeopardize cross-border aid over the references to unilateral sanctions.

He said cross-border aid to Syria’s northwest doesn’t comply with international law because the UN has no presence in the region, which he described as being controlled “by international terrorists and fighters” that make it impossible to control and monitor who gets aid.

German Ambassador Christoph Heusgen retorted that while Russia talks about delivery of aid across conflict lines, “in practice it doesn’t” happen.

He said his side fought to maintain multiple crossing points for aid, including the Al-Yaroubiya crossing point from Iraq in the northeast that was closed in January, because that is what is needed for efficient delivery of aid to millions in need — and he asked Polyansky “this is clumsy?”

“This is what we tried to do over these past weeks, to get the optimum to the population,” Heusgen said.

US Ambassador Kelly Craft told the council: “Today’s outcome leaves us sickened and outraged at the loss of the Bab al-Salaam and Al Yarubiyah border crossings.”

“Behind those locked gates are millions of women, children, and men who believed that the world had heard their pleas. Their health and welfare are now at great risk,” she said.

Still, Craft called the authorization of access through Bab al-Hawa for 12 months “a victory” in light of Russia and China’s “willingness to use their veto to compel a dramatic reduction in humanitarian assistance.”

“This solemn victory must not end our struggle to address the mounting human needs in Syria — that fight is far from over,” Craft said.

Belgium and Germany said in a joint statement that 1.3 million people, including 800,000 displaced Syrians, live in the Aleppo area, including 500,000 children who received humanitarian aid through the Bab al-Salam crossing — and now have that aid cut off.

“Today is yet another sad day. It is a sad day for this council, but mostly, it is a sad day for the Syrian people of that region,” they said. “Both Yarubiyah and Bab al-Salam were vital crossings to deliver, in the most efficient way possible, the humanitarian help, those people deserve.”

In a later statement, they added: “One border crossing is not enough, but no border crossings would have left the fate of an entire region in question.”

Image: In this Aug. 4, 2016 file photo, people gather to take basic food stuffs and other aid from community leaders charged with distributing equitably the supplies to the 64,000-person refugee camp called Ruqban on the Jordan-Syria border. Over the last two days, members of the UN Security Council have been haggling over cross-border aid delivery to Syria, with Russia, a major ally of the Syria government, working to reduce the delivery of UN humanitarian aid to Syria’s last rebel-held northwest down from two crossings to just one. A final vote is expected Friday, July 10, 2020 as western countries push on a new resolution to keep the two crossings open for six months, instead of a year. (AP Photo, File)

UN official: 700 people died in Syrian camps for IS families