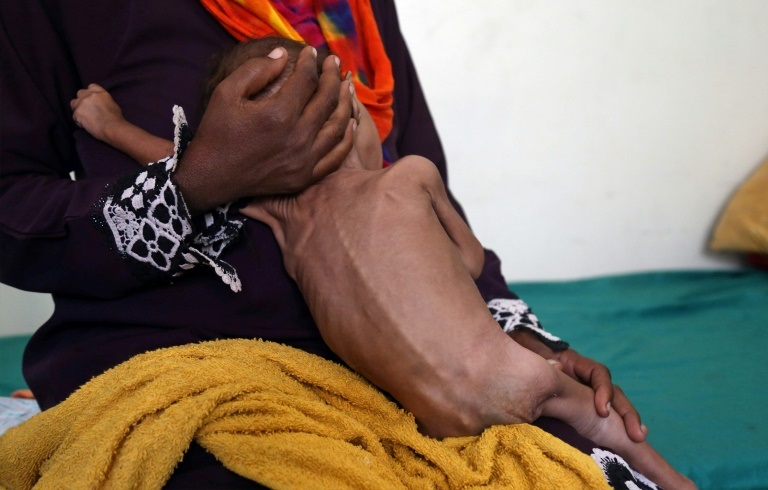 UN chief Antonio Guterres announced Thursday a series of breakthroughs in talks with rivals in the Yemen conflict, including a ceasefire for a vital port.

The Yemeni foreign minister and the rebel leader shook hands in a highly symbolic gesture on the seventh day of the UN-brokered peace talks in Sweden.

The conflict has triggered what the UN calls the world’s worst humanitarian crisis, with 14 million Yemenis now at the brink of mass starvation.

Guterres, who flew in to Sweden late Wednesday, announced that the Yemeni government and Huthi rebels had agreed on a ceasefire in the port of Hodeida, the main entry point for imported food and aid.

He said the United Nations would play a “leading role” at the Red Sea port, which is currently controlled by the rebels.

In addition, the rivals have reached a “mutual understanding” on Yemen’s third city of Taiz, the scene of some of the most intense battles in the conflict.

He said a new round of talks would take place at the end of January.

International pressure has been mounting to halt the fighting between the Iran-linked Huthis and the government of Abedrabbo Mansour Hadi, backed by Saudi Arabia and its military allies, with the US Senate, Saudi Arabia and the UAE honing in on the fragile talks.

The warring parties have been in the rural Swedish village of Rimbo for a week to try to hammer out agreement on a number of key issues.

A source inside the talks had said earlier that mediators remained “positive” although there was “disagreement on the points of the proposals”.

The rebels control both the Red Sea port of Hodeida and the capital Sanaa. The Saudi led-military coalition controls Yemen’s maritime borders and airspace.

Guterres did not immediately refer to any deal on Sanaa airport, which has been closed to commercial flights for nearly three years.

Guterres flew into Sweden late Wednesday to attend the closing session, which had been pushed back two hours from its announced time on Thursday.

The foreign ministers of Britain, the UAE and Saudi Arabia announced they were also in Rimbo for the last day of negotiations.

Britain’s Jeremy Hunt notably met with both the government and rebels at the talks.

UN special envoy Martin Griffiths, who brokered the talks, was expected to brief the Security Council on Yemen on Friday.

Anger at the human cost of the war, as well as outrage over the killing of US-based journalist Jamal Khashoggi in the Saudi consulate in Istanbul, have prompted a harder line in the international community over the Yemen war, and particularly the role of the Saudi-led coalition.

The US Senate on Wednesday voted to advance a resolution that ends US backing for the Saudi-led intervention by 60 votes to 39, with 11 Republicans joining Democrats to back the measure.

The final vote is expected to take place on Thursday. However, if the upper house approves the resolution, it is likely to run aground in the lower House of Representatives where Republicans hold the majority until January 3.

Both the rebels and government alliance stand accused of failing to protect civilians. The UN last year blacklisted the Saudi-led coalition for the killing and maiming of children in air raids.

The Sweden talks mark the first meeting in two years between the northern Huthi rebels and the Hadi government that has been backed since 2015 by the Saudi-led coalition.

The last round of talks, hosted by Kuwait in 2016, collapsed after more than three months of negotiations with no breakthrough.