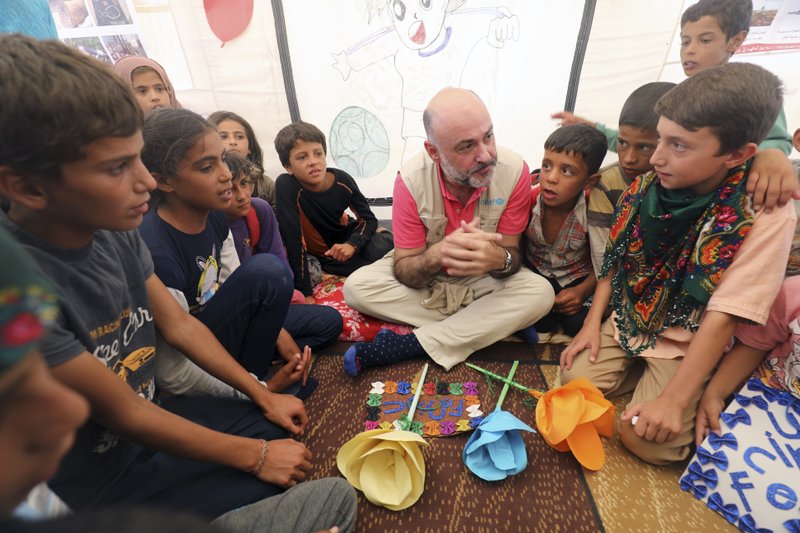 Half of the estimated 20,000 people trapped in Syria’s northern city of Raqqa are children, an official with the UN children’s agency said Friday, describing the traumatizing experiences of children who recently fled the rule of Islamic State group militants as “absolutely staggering.”

Fran Equiza spoke to The Associated Press in Damascus following a visit to three camps in northern Syria where he met displaced children from Raqqa and Deir el-Zour, both held by the IS.

“I was completely overwhelmed,” he said. “There are 10,000 children trapped in Raqqa in extremely dire conditions. No electricity, no water, probably very little food … and the battle almost every day.”

Raqqa is the self-proclaimed capital of the so-called Islamic State in Syria. US-backed Syrian fighters are bearing down on the city from all sides and as the fighting intensifies, thousands of civilians are finding it increasingly hard to escape the city, which is facing constant shelling by the US-led coalition and allied Syrian Democratic Forces. IS militants have placed mines around the city.

“The level of suffering, losing friends, relatives, family of these children is absolutely staggering,” he said.

Equiza appealed to all sides to allow for safe passage and respect civilians, “especially the children (who) have no responsibility whatsoever.”

He warned that the situation is about to get worse, as more people flee from the IS-held eastern province of Deir el-Zour where the Syrian military and allied militiamen are on the offensive against IS.

“We need support in order to be able to provide these children the rights they are entitled,” Equiza said.

Third of Syrian refugee kids not in school, despite pledges