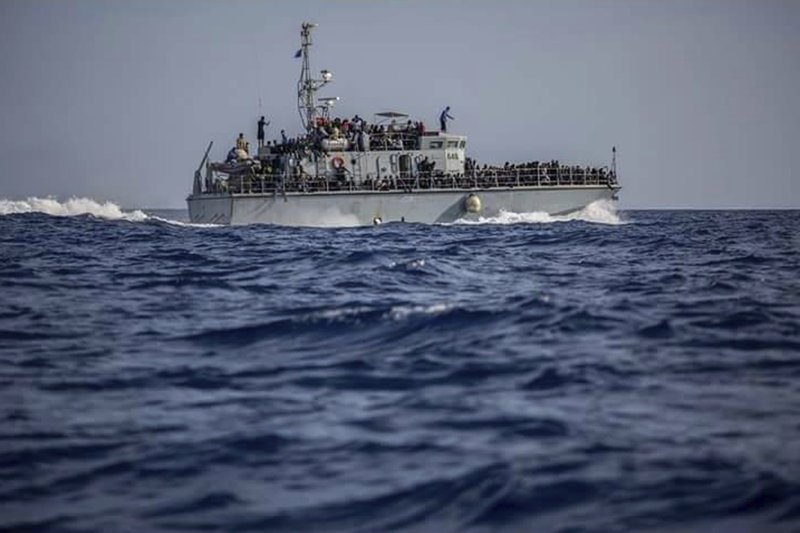 CAIRO (AP) — A dozen people were missing and feared drowned off the coast of Libya on Saturday after a boat carrying around three dozen migrants bound for Europe capsized in the Mediterranean Sea, a UN official said.

Safa Msehli, a spokeswoman for the International Organization for Migration, said the shipwreck took place off the coastal town of Zawiya. The town is about 48 kilometers (30 miles) west of the capital, Tripoli.

She said that among the missing were two children, and that at least 20 migrants from Chad, Nigeria, Egypt and Sudan were rescued and returned to Libya.

“The search continues to recover the bodies,” Msehli said. She added that the migrants had no life jackets, the boat was in poor condition and had capsized shortly after setting off.

Alarm Phone, an independent support group for people crossing the Mediterranean, said it received a call from a relative of a migrant who fled Libya that a boat was in distress.

The group said it could not contact the boat. Later, the relative initially reported that at least 15 migrants died at sea, and at least 17 others were returned to Libya, it said.

Libya, which descended into chaos following the 2011 uprising that toppled and killed longtime dictator Moammar Gadhafi, has emerged as a major transit point for African and Arab migrants fleeing war and poverty to Europe.

Most migrants make the perilous journey in ill-equipped and unsafe rubber boats. The IOM said in March that its estimated death toll among migrants who tried to cross the Mediterranean passed the “grim milestone” of 20,000 deaths since 2014.

In recent years, the European Union has partnered with the coast guard and other Libyan forces to stop the flow of migrants.

Rights groups say those efforts have left migrants at the mercy of brutal armed groups or confined in squalid and overcrowded detention centers that lack adequate food and water.

The EU agreed earlier this year to end an anti-migrant smuggler operation involving only surveillance aircraft and instead deploy military ships to concentrate on upholding a widely flouted UN arms embargo that’s considered key to winding down Libya’s relentless war.

Image: This June 24, 2018 file photo, released by the Libyan Coast Guard, shows migrants on a ship intercepted offshore near the town of Gohneima, east of the capital, Tripoli, Libya. On Wednesday, Feb. 12, 2020, Human Rights Watch, a leading rights group, said that Italy’s renewed support for the Libyan coast guard is putting migrants at risk who are returned to squalid detention centers in the North African country. The group urged that Italy suspend all funding and training for the coast guard until Libya commits to shutting down militant-run detention centers in the country. (Libyan Coast Guard via AP, File)