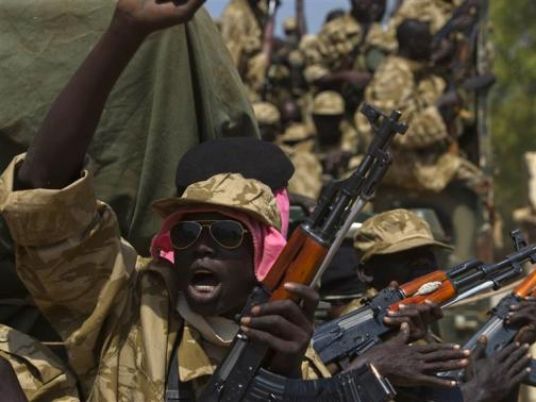 The UN Security Council approved plans on Tuesday to almost double the number of peacekeepers in South Sudan in an effort to protect civilians as reports of mass graves fueled fears of a worsening of ethnic bloodletting in the world's newest state.

The move came as the United Nations humanitarian coordinator in the country said the death toll from the past 10 days of violence was likely now in the thousands, rather than the hundreds the world body had previously estimated.

"I think it's undeniable at this stage that there must have been thousands of people who have lost their lives," Toby Lanzer told the BBC's Newshour program.

Lanzer was speaking from a UN compound in the rebel-held city of Bentiu, capital of Unity state.

With some 45,000 civilians seeking protection at UN bases, the 15-member Security Council unanimously authorized a plan by UN Secretary-General Ban Ki-moon to boost the strength of the peacekeeping force in South Sudan to 12,500 troops and 1,323 police.

The additional personnel will reinforce UN bases where civilians are seeking shelter. However Ban warned that "even with additional capabilities, we will not be able to protect every civilian in need in South Sudan."

Violence erupted in the capital Juba on December 15 and quickly spread, dividing the land-locked country of 10.8 million along ethnic lines of Nuer and Dinka. South Sudan seceded from Sudan in 2011 under a peace agreement to end decades of war.

Western powers and east African states, keen to prevent more chaos in a fragile region, have tried to mediate between President Salva Kiir, a Dinka, and rebel leader Riek Machar, a Nuer, who was vice president until Kiir sacked him in July.

"Whatever the differences, nothing can justify the violence that has engulfed their young nation," Ban told the council after the vote. "There is no military solution to this conflict. This is a political crisis which requires a peaceful, political solution."

The fighting is affecting oil production in South Sudan, which accounts for 98 percent of government revenue. Petroleum Minister Stephen Dhieu Dau said output had fallen by 45,000 barrels per day to 200,000 bpd after Unity state oilfields shut down.

Dau said production in Upper Nile state, where most of South Sudan's oil is extracted, was safe and outside the reach of rebels.

Kiir said on Tuesday that government troops had retaken control of the Jonglei state capital Bor, a key town that last week fell to rebels loyal to Machar.

Ban said three UN personnel were injured at a UN base in Bor on Tuesday.

Most fighting has involved Dinka and Nuer factions of the Sudan People's Liberation Army, with militias and marauding youths also reported to be attacking rival ethnic groups. Kiir and Machar both have said the conflict is political, not tribal.