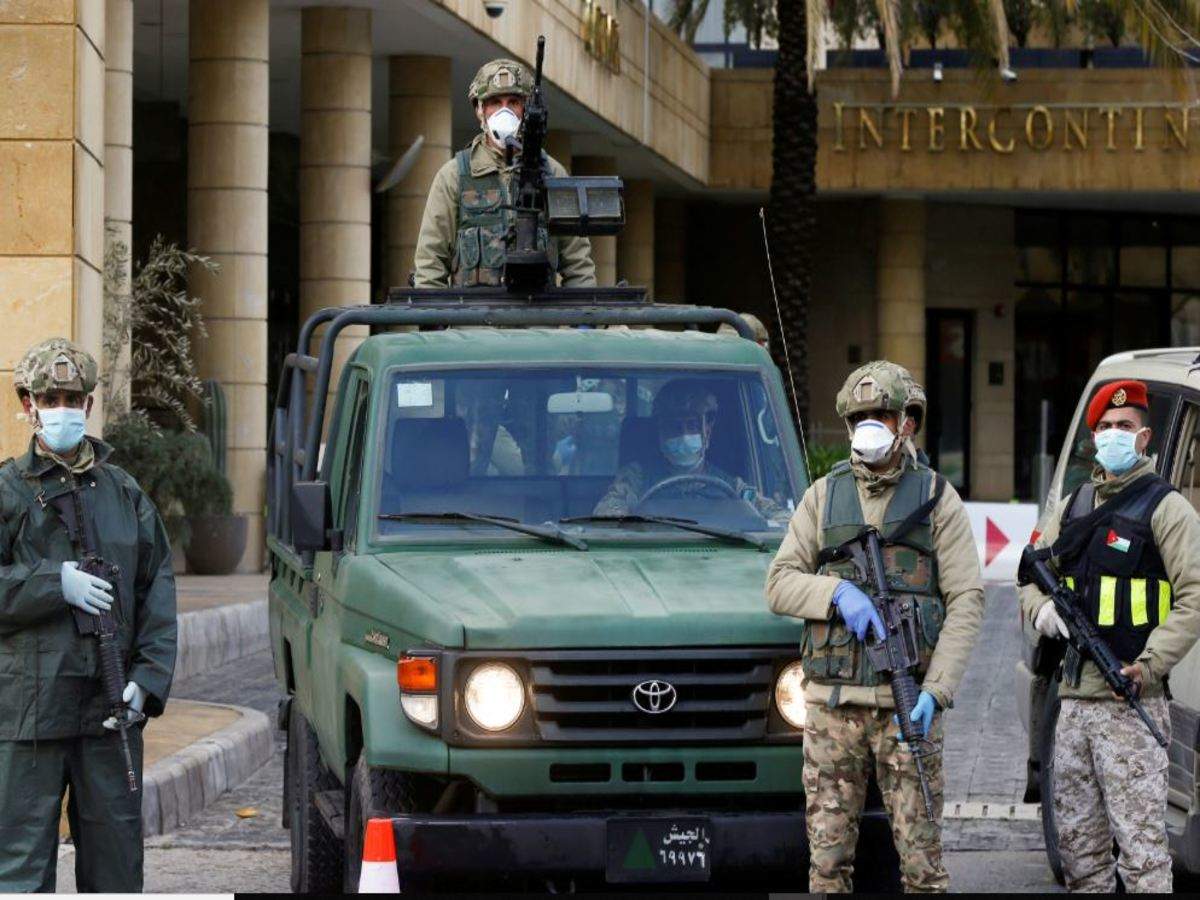 AMMAN (Reuters) — Jordan’s army sealed off the capital from the rest of the country on Thursday as the country put its 10 million people on lockdown to combat the spread of coronavirus, witnesses and officials said.

Army checkpoints on main entrances to the sprawling capital of more than 3 million inhabitants began imposing a ban that allows entry only to vehicles carrying essential goods or people with authorized business from other provinces, witnesses said.

“These measures are to prevent the spread of the virus,” army spokesman Brigadier General Mukhles al Mufleh told state media.

King Abdullah invoked on Tuesday a defense act that grants Prime Minister Omar Razzaz broader authority, hours after the army began a deploying on the main highways leading to the capital and main cities across the country.

The law, passed at times of war and calamity, is needed to enable major decisions that in normal times would infringe political and civil rights, such as imposing curfews and deploying the army in cities, officials said.

The government has not announced a formal curfew but called on people to stay at home and move only for emergencies.

But many people were still on the streets on Thursday, which Razzaz said was not acceptable and could pose a danger to efforts to contain the spread of the disease.

“What we saw from scenes of gatherings of some people causes big harm and we may be forced to take tougher measures leading to a curfew,” Razzaz said, without specifying when.

Jordan has closed land and sea border crossings with Syria, Iraq, Egypt and Israel, and suspended all incoming and outgoing flights since Tuesday. Only cargo flights and commercial overland shipments are entering or leaving the country.

Most shops shut their doors on Wednesday, heeding a government order that malls and shops close except for food stalls and pharmacies. Police later sealed with red wax stores that had defied the government decision.

The country has quarantined more than 5,000 people who have recently arrived from abroad.

Measures taken in recent days have closed schools and public transport and prayers have been banned in mosques, while most public and private sector employees have been asked to stay at home.

In a series of actions to cushion the impact on the economy, Jordan’s central bank earlier this week injected around $700 million into the economy by reducing banks’ compulsory reserves, cutting interest rates and delaying loan repayments.

Image: Jordanian army members guard outside a hotel that was transformed into a quarantine station in Amman, Jordan, on March 18, 2020 (Reuters)

'There are no funerals:' Death in quarantine leaves nowhere to grieve