Tokyo (CNN)The Unification Church said Monday it was puzzled by reports of alleged resentment held against the group by the man suspected of assassinating former Japanese Prime Minister Shinzo Abe.

“There is a big distance between having resentment toward our association and killing former Prime Minister Abe,” Tomihiro Tanaka, the Japan office chairman of the Family Federation for World Peace and Unification, told a news conference Monday.
“We struggle to understand why this happened. We will cooperate fully with the police to reveal his motive,” he added.
The church’s comments come after Japanese broadcaster NHK reported earlier in the day that the suspect, 41-year-old Tetsuya Yamagami, targeted the former Prime Minister because he believed Abe’s grandfather — another former leader of the country — had helped the expansion of a religious group he held a grudge against.
Abe’s grandfather Nobusuke Kishi, who served as Prime Minister from 1957 to 1960, was targeted for assassination in the final year of his premiership, though he survived after being stabbed six times.
“I thought that former Prime Minister Nobusuke Kishi contributed to the expansion of (the religious group), and I thought about killing his grandson, former Prime Minister Abe,” the suspect, 41-year-old Tetsuya Yamagami, told investigators, NHK reported.
“I had a grudge against a particular religious group, and I thought that former Prime Minister Abe had a close relationship with this group,” Yamagami reportedly said. “My mother got into a group and made a large donation and my family life was messed up.”
Yamagami has not been formally charged, but is being investigated on suspicion of murder after admitting to shooting Abe last Friday in the city of Nara, where the former leader had been delivering a campaign speech.
CNN has not been able to independently confirm what group Yamagami was referring to, or any links between Abe and any group the suspect harbored hatred towards.
However, on Monday, the Japan office chairman of the Unification Church said Yamagami’s mother had been a member who attended its events about once a month.
But Yamagami himself was never a member of the church, Tanaka said in a statement.
In a news conference later Monday, Tanaka said he had learned the suspect’s mother was having financial difficulties around 2002, but added: “We don’t know what the causes were or how they affected the family circumstances.”
Tags
Abe association Family Federation for World Peace and Unification former prime minister killing the Japan office chairman Tomihiro Tanaka 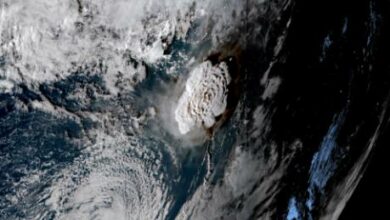