*This story was corrected and updated on Sunday with information provided by the Ministry of Tourism in a statement. The deceased was a supervising engineer, not the hotel director. Clashes broke out between the two men as the Italian tourist was standing in a restricted area of the hotel, due to under construction, and not about swimming after set hours.*

An Italian tourist has been imprisoned for one week pending investigations over the murder of hotel building site supervisor, Tarik Ahmed Abdel Hamid , of the Red Sea resort of Marsa Alam, judicial sources told Al Masry Al Youm on Saturday.

Hamid died after he was involved in a scuffle on Thursday when he warned Italian tourist, Ivan Pascal Moro, not to enter a restricted construction area, the Tourism Ministry statement said on Friday.

The Tourism Ministry stated that Moro, admitted fault in the death of Hamidin.

An Egyptian tourism official based in Italy traveled to Marsa Alam to take charge of Moro’s children, aged 6 and 15, and fly them back to Italy.

According to the ministry statement, the children were present at the time of the incident and had since been in the care of a hotel employee.

The engineer’s body was transferred to a hospital morgue in Marsa Alam. 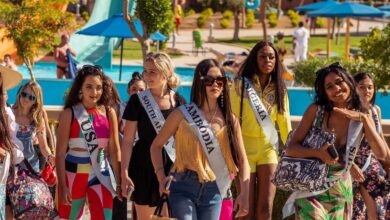