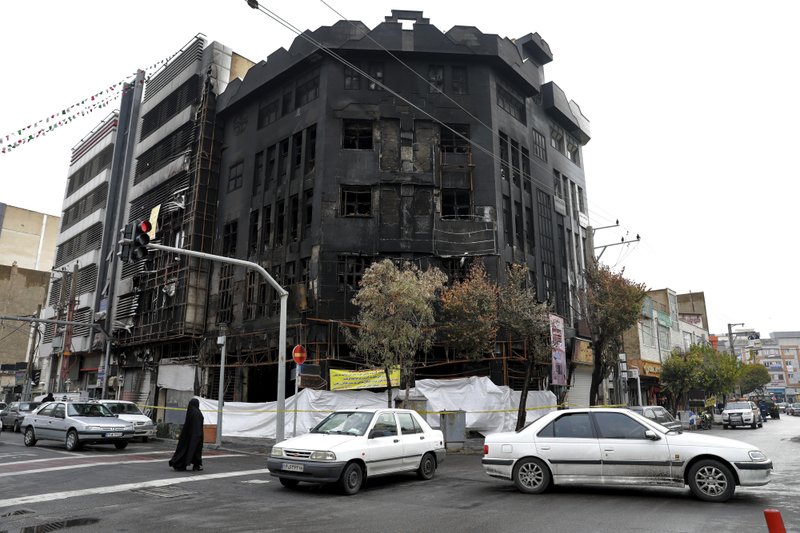 DUBAI, United Arab Emirates (AP) — As the internet was slowly being revived across Iran on Friday after a dayslong, government-imposed shutdown amid demonstrations, U.S. Secretary of State Mike Pompeo called for Iranians to send the U.S. videos “documenting the regime’s crackdown” on protesters.

“The U.S. will expose and sanction the abuses,” Pompeo tweeted early Friday, as pockets of Iran saw internet over landlines restored.

Authorities have said the internet may be entirely restored soon, suggesting Iran’s government put down the demonstrations that began Nov. 15 over government-set gasoline prices rising.

Amnesty International said Tuesday that protest unrest and a subsequent security crackdown killed at least 106 people. Iran disputes that figure without offering its own. A U.N. office earlier said it feared the unrest may have killed “a significant number of people.”

The jump in gasoline prices represents yet another burden on Iranians who have suffered through a painful currency collapse. That’s a result of the reimposition of crippling U.S. economic sanctions as part of President Donald Trump’s maximum pressure campaign against Tehran, following his unilateral withdrawal of the U.S. from Iran’s 2015 nuclear deal with world powers.

In Tehran’s suburbs, people described the assailants in the unrest as moving quickly, something mentioned by others. Gas stations and banks, both private and state-owned, were seriously damaged.

“Everything happened in seconds,” homemaker Maliheh Qorani said in Tehran’s western Tehransar neighborhood. “Dozens of young and organized men smashed the windows of the bank and threw (gasoline bombs) into the building.”

Abolhassan Firoozabadi, the secretary of Iran’s Supreme Cyberspace Council, told journalists Thursday that he believed the internet would be turned on “within the next two days.”

“At the current time national connectivity has risen further to 10 percent,” NetBlocks said in a tweet.

Iran’s state TV said Friday that air defense exercises were being carried out as part of its annual military drills. State TV showed footage of air defense missile systems being fired and a patrol by jet fighters in the northern Semnan province.

Iran operates a domestically built air defense system alongside the sophisticated S-300 defense system from Russia. In June, Iran shot down an unmanned U.S. drone over the strategic Strait of Hormuz for alleged violation of its airspace.

Meanwhile, activists said Thursday that six conservationists working to save the critically endangered Asiatic cheetah have been sentenced to prison on internationally criticized espionage charges in Iran.

The New York-based Center for Human Rights in Iran said Thursday that the convicted members of the nonprofit Persian Wildlife Heritage Foundation face six to 10 years in prison for “contacts with the U.S. enemy state.” The conservationists found themselves arrested over their use of camera traps to track the cheetahs, a common tool of wildlife experts.

Protest-hit Iran slams US show of support for 'rioters'