A US-funded counterterrorism center has opened in Jordan where law enforcement officers from partner countries in the Middle East and beyond can practice shooting, storming hideouts and responding to bomb threats.

The Jordan Gendarmerie Training Academy is the second such facility in the pro-Western kingdom. It opened on Thursday.

Paul Davies, director for the State Department’s Office of Anti-Terrorism Assistance, says that additional training centers are to be built, including in Senegal and Kenya.

He says 21 partner nations out of a pool of 56 have trained so far in Jordan’s first facility.

They threw sound grenades, setting off loud booms, as visitors watched the drills from a gallery above. 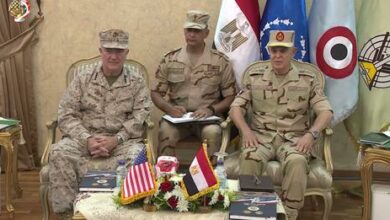