The US Department of Agriculture on Thursday projected a rebound in US corn and soybean yields in 2013 that, along with high planted acreage, opens the door to record-large crops and for prices to tumble from 2012/13 levels.

"A number of factors suggest that corn and soybean yields will be likely to return to trend," Joseph Glauber, the USDA's chief economist, said at USDA's annual Outlook Forum, laying out the agency's expectations for the new season.

Glauber projected that season-average US corn prices for 2013/14 would fall 33 percent to US$4.80 per bushel and that soybean prices would tumble 27 percent to $10.50 a bushel. Futures prices for both crops hit record highs last summer as the worst drought since the 1930s scorched the plains and Corn Belt, the heart of US farm production.

Food prices will rise by a sharp 3.5 percent this year, nearly double the overall US inflation rate, because of the drought, said USDA economist Rich Volpe. Meat and dairy prices would rise the most because of high feed prices on the farm that drive up production costs.

Glauber and Volpe cautioned their forecasts assume normal weather and yields. Another year of drought would drive some livestock producers out of business, said Glauber. "Historical odds favor a rebound in crop yields, however, which should bring significantly lower prices in 2013."

Record crops would replenish US stockpiles that will shrink to their smallest size in years by the time this year's crops are ready for harvest. US corn and soybean production has fallen for three years in a row, putting a financial pinch on livestock feeders and ethanol makers.

"The increase in production is not a surprise, but it does remind the trade this is a longer-term issue to consider," said Rich Nelson, chief strategist for Allendale Inc in McHenry, Illinois. "It reminds the trade that we will have a mountain of product at this fall's harvest."

The US upland cotton area for 2013 was forecast at 9.8 million acres, down 19 percent from 2012, as growers switch to more-profitable corn and soybeans. Cotton prices are in a slump due to surplus crops worldwide.

The all-cotton crop, including upland and Pima varieties, was forecast to fall almost 17 percent to 14 million bales.

Long-grain rice plantings are also likely to lose out to soybeans, with production seen down almost 4 percent.

Glauber said the US wheat crop was struggling, with much of the acreage in states such as Kansas and Nebraska in poor to very poor condition compared with a year ago.

Wheat production was forecast at 2.1 billion bushels, down 7.4 percent but still a medium-sized crop.

"Spring rains will be especially important in the Great Plains this year, where elevated areas of abandonment are expected," Glauber said.

USDA was scheduled to update its projections and provide more detail on demand for US crops on Friday.

The United States is coming off its worst drought in decades, which has generated some skepticism that farmers in key corn and soybean states will see a return of normal weather and yields. But Glauber said conditions are on an upswing.

"We have already seen some improvement in the eastern Corn Belt," he said. "While much of Indiana and Illinois were in drought throughout much of the summer, fall and winter rainfall has improved conditions there."

Studies suggest little correlation in seasonal precipitation between one year and the next, Glauber said.

"A dry summer in 2012 has little implication for summer precipitation in 2013," he said. As well, experts say the most important factor for the corn crop is weather in July, when the crop matures.

Separately on Thursday, the National Oceanic and Atmospheric Administration (NOAA) released an outlook for persistent drought through the end of May in the southern and central Plains.

Drought was expected to ease in the Corn Belt west of the Mississippi River while the eastern Corn Belt is free of drought. Moisture conditions were also expected to improve in parts of the US Southeast.

At its worst last summer, two-thirds of the continental United States was covered by drought. As of Thursday, the figure was down to 56 percent, with drought strongest in the wheat-growing Plains. The US average year to year is 25 percent.

Several factors are likely to hamper further growth in corn use for ethanol, Glauber said, including the overall decline in US gasoline consumption and weak export prospects because of increased competition from Brazil and potential restrictions on shipments to the 27-country European Union.

However, ethanol production may run as much as 1 billion gallons below the US target for this year, agricultural economist Scott Irwin of the University of Illinois told the Reuters Ags Forum.

It will be difficult to meet the so-called renewable fuels standard in coming years, when cleaner-burning fuels are supposed to come on to the market, Irwin said. Biodiesel, made from soybean oil and other feedstocks, is one of the few "advanced" biofuels available in large volume.

"The long ethanol-led boom in the corn market is over," said Irwin. "We may be on the cusp of unprecedented biodiesel boom with varied implications for world fats and oils markets."

One-fourth of US soyoil will be used in making biodiesel this year, USDA estimates. A bushel of soybeans yields enough oil to make 1.5 gallons of biodiesel.

8 power foods you should be eating for excellent eye health 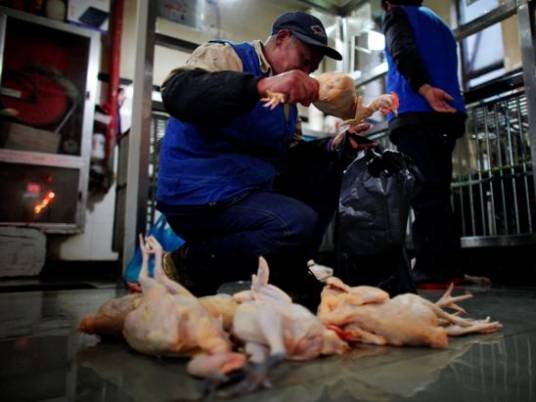