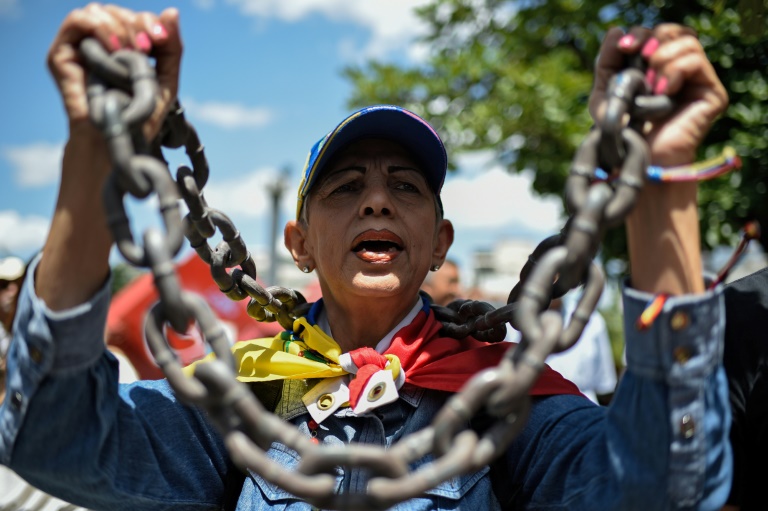 President Nicolas Maduro has said he would allow FBI agents come to Venezuela to help investigate a recent alleged plot to kill him with explosive drones — but with conditions.

If US officials confirm “the offer for the FBI to investigate links in Florida with the assassination plan… I would agree for the FBI to come here,” Maduro said at an event with top military leaders late on Saturday.

The incident took place on the evening of August 4 when Maduro said he was targeted by an explosives-laden drone at a military parade in Caracas which was broadcast live on TV.

Maduro has blamed the attack on “terrorist cells” in Florida led by a man called Osman Delgado Tabosky, whom he claims was behind the plot. The state is home to a large community of Venezuelan immigrants.

His apparent willingness to accept the FBI’s help came after Foreign Minister Jorge Arreaza said on Wednesday that Washington’s charge d’affairs in Caracas, James Story, had expressed “the willingness of his government to cooperate” in the investigation of the plot.

During the incident, an explosion occurred above Maduro’s head as he was speaking then when a second explosion was heard, the troops could be seen scattering in panic.

Authorities have arrested 10 suspects whom they accuse of involvement backed by support from neighboring Colombia as well as from people living in the United States.

Maduro has repeatedly accused Washington of conspiring to oust him, with relations between the two countries so frosty that ambassadors have not been exchanged since 2010.

Following the drone incident, President Donald Trump’s National Security Advisor John Bolton insisted there had been “no US government involvement.”

But he said that if Venezuela had “hard information” about any violation of US law, Washington would “take a serious look at it.”

Trump has harshly criticized Maduro’s leftist regime, saying it has “destroyed a prosperous nation by imposing a failed ideology.”

On Saturday, Maduro again pointed the finger at former Colombian president Juan Manuel Santos of involvement in the suspected plot — charges Bogota has dismissed as “absurd and unfounded.”

The drone incident came just days after Santos told AFP Maduro’s days were numbered, saying “that regime has to fall.”

One of those arrested on suspicion of involvement is opposition lawmaker Juan Requesens, with the government claiming he had admitted contact with a second detainee who had allegedly confessed to participating in the purported attack.

On Saturday, some 300 anti-government protesters marched in Caracas demanding the release of the 29-year-old lawmaker. Relatives say neither they nor his lawyer, have been able to reach him.

Venezuela’s all-powerful Constituent Assembly, which is stacked with Maduro loyalists and has usurped the powers of the opposition-dominated National Assembly, has stripped Requesens of his parliamentary immunity along with another lawmaker, Julio Borges, so they can be put on trial.

The Supreme Court had on Wednesday ordered the arrest of Borges, a former National Assembly speaker in exile in Colombia, for “attempted murder” over his suspected role in the drone incident.